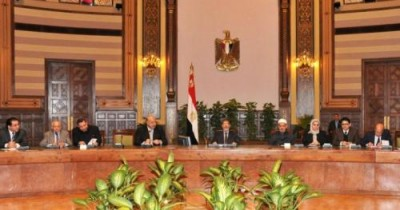 President Mohamed Morsi is expected to attend the next session of a national dialogue, scheduled for next week.

The presidency said it is contacting national groups to widen participation in the dialogue, due to take place after the end of the Organisation of Islamic Cooperation (OIC) summit hosted in Cairo.

Morsi said the agenda for the dialogue is open to any national cause that political and societal groups would like to discuss.

“This stems from everyone’s belief that there is no alternative to dialogue to guarantee the path towards democratic transition and that it [dialogue] is the only way to bring closer the various diverse political visions,” the presidency said in a statement on Monday night.

On Sunday 27 January, amid nationwide unrest, the president called for national dialogue on state television. This was the second televised national call for dialogue. The first came in December following deadly violence outside the presidential palace.

Like first round of dialogue, the most recent round has been rejected by the opposition including the National Salvation Front (NSF), the country’s largest opposition group. Despite having described the call for dialogue as a show, NSF leader Mohamed ElBaradei said a few days later that there is a need for an emergency national meeting, adding that national dialogue requires meeting the NSF’s previous demands.

However, after months of polarisation, Al-Azhar has managed to bring opposition figures like Hamdeen Sabahy to agree with Freedom and Justice Party (FJP) representatives on a document drafted by Al-Azhar in cooperation with various political groups. The 10-point plan drafted by the nation’s highest Islamic authority denounces violence and calls for a shift towards peaceful protests.

The presidency said it appreciates the principles and values proposed in Al-Azhar’s initiative, adding that it looks forward to seeing political groups committing to the initiative.