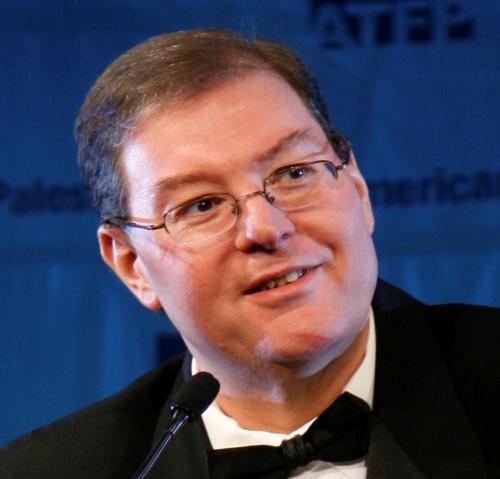 In the context of ongoing political unrest, is it possible for Egypt to have a functional foreign policy? Probably not. And as long as this is the case, that has profound implications for others in the region, particularly the Palestinians and Syria.

Egypt does have a functional national security policy, largely because externally-oriented defence issues remain both de facto and de jure almost entirely in the hands of the military. But the much-touted restoration of Egypt’s regional role, which was widely and prematurely ascribed to the government of President Mohamed Morsi, appears completely frozen in its tracks.

The domestic unrest in Egypt is both a potential disaster and a potential golden opportunity for Muslim Brotherhood rule.

Should the instability continue to deepen and spread, it is now possible to imagine the military, with some reluctance, rolling up its sleeves and once again intervening in domestic political affairs. Indeed, it’s even possible to imagine them doing so with widespread public approval, at least initially, should things deteriorate dramatically.

Ironically, the tensions and violence in Egypt also present Morsi and the Brotherhood with a plausible basis and rationale for overcoming the most important and difficult step in consolidating long-term control over the government: Leaving popular opposition aside, the biggest obstacle to Morsi’s control of the government is the persistence of large elements of the bureaucracy, especially the police and security services, which are not primary loyal to the Brotherhood.

In short, in spite of winning parliamentary and presidential elections, the Brotherhood does not have control of the guns in Egypt… yet. This is the same problem that Ennahda leader Rachid Al-Ghannouchi cited in his notorious appeal to Salafis in Tunisia to give his party time to consolidate power in the face of secular opposition.

It’s obvious that the Brotherhood wants to move cautiously, for now; but it also sees the opportunity. Following the killing of at least 60 protesters and several notorious incidents of police brutality—including videotaped beatings and the death of at least one demonstrator in police custody, apparently due to torture—several Brotherhood leaders have been publicly denouncing the police and interior ministry. Brotherhood Legal Committee member Yasser Hamza said that the ministry bears full responsibility for these outrages, and totally exonerated Morsi. In case anyone didn’t understand the implications, the deputy chairman of the Brotherhood’s Freedom and Justice Party (FJP), Essam El-Erian, bluntly declared: “Reforming and purging the police was one of the main goals of the 25 January Revolution and still is.”

The link between domestic power and foreign policy in Egypt has been demonstrated on numerous recent occasions. But this cuts in both directions, with domestic politics both building on foreign policy and also crippling it.

After the accomplishment of a cease-fire between Israel and Gaza militants last November, Morsi issued his notorious constitutional declaration which pushed the limits of his authority and set the stage for ramming through the rushed and profoundly flawed new constitution. Earlier last year, Morsi took the opportunity presented by the killing of Egyptian soldiers in Sinai along the Israeli border to dismiss the top leadership of the military and install generals with whom he enjoys a better relationship.

The Brotherhood is now using the perceived distance between itself and the Ministry of Interior and police as an excuse for abuses against anti-government demonstrators, and to set up a possible purge to consolidate its control over them.

But as long as Egypt remains rocked with such instability, it’s not possible for the country to play a major regional role. Morsi’s efforts to build a regional/Muslim working group to stabilise the situation in Syria—always a long shot at best—now seems the last thing on anyone’s mind.

And Egypt’s attempt to become the power broker between Hamas and Palestinian President Mahmoud Abbas is similarly hamstrung. Egypt has been trying to broker national reconciliation between Hamas and Fatah, based largely around a potential and mainly symbolic “unity government”. Meanwhile, the cornerstones of real Palestinian reunification—merging the security services and holding national elections—remain almost entirely out of reach. The main purposes of these efforts appear twofold: to strengthen the hand of Hamas and increase its legitimacy, and to create an aura of Egyptian-brokered stability among Palestinians, especially in Gaza.

These initiatives, along with a cautious opening to Iran and a more overt engagement with Turkey, are the cornerstones of Egypt’s supposedly new foreign policy under Morsi. But Egypt’s international and regional role now appears crippled.

Certainly it’s one less factor, however minor, for Syrian President Bashar Al-Assad to worry about. And it ought to make those Palestinians who are counting on Egyptian engagement think twice about placing their hopes in a government this politically rickety and diplomatically incapacitated.

Until its domestic situation stabilises, Egypt won’t have a functional foreign policy, let alone the ability to reassert any form of regional leadership.

Hussein Yusuf Kamal Ibish is a Senior Fellow at the American Task Force on Palestine
This article was originally published in Now. www.now.mmedia.me/lb/