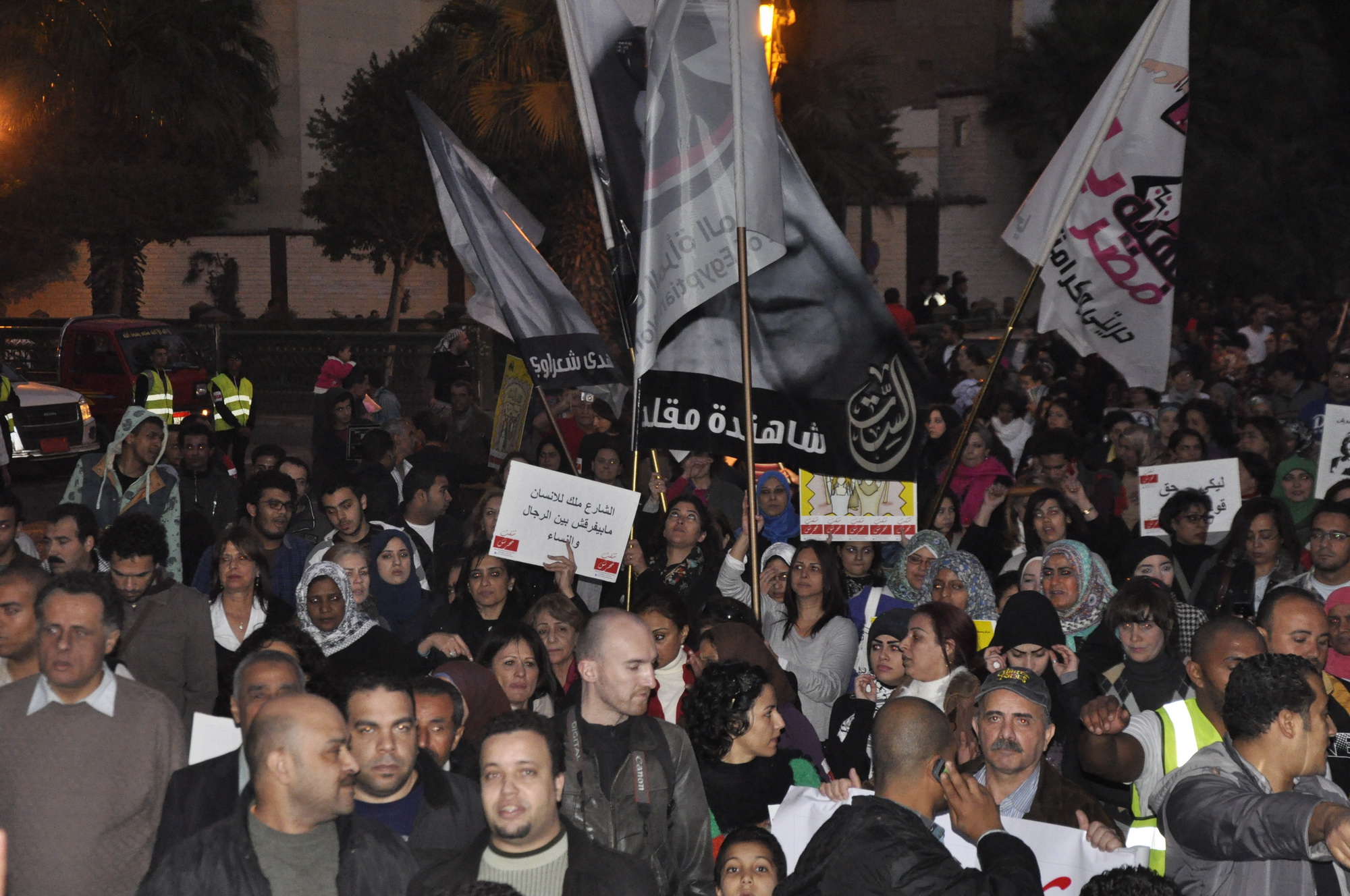 Allowing perpetrators of sexual harassment to continue without impunity will only serve to propagate such crimes, an Amnesty International report concluded on Wednesday. The report focused on Tahrir Square and the surrounding area, and is based on eyewitness accounts from activists and survivors.

Amnesty’s report concluded that there is a general pattern for such acts: women are attacked either alone or when separated from friends by large groups of men whose numbers quickly escalate. Once isolated, the victims are then engulfed by the mob, who use their hands and in some cases weapons to violate the victims’ bodies. The men also attempt to remove victims’ clothes.

“Horrific, violent attacks on women including rape in the vicinity of Tahrir Square demonstrate that it’s now crucial President [Mohamed] Morsi takes drastic steps to end this culture of impunity and gender-based discrimination, and for all political leaders to speak out,” said Hassiba Hadj Sahraoui, deputy director for the Middle East and North Africa at Amnesty International. “Impartial, thorough investigations are vital in determining whether these mob attacks are coordinated by the state or organised by non-state actors, and ensure perpetrators are brought to justice.”

The report said that the tactics used by these mobs against women who participate in demonstrations “is a harrowing reminder of the sexual harassment and assault against women protesters under ousted President Hosni Mubarak.”

Women have played an essential part in the popular uprising that ousted Mubarak, and have, as such, “sacrificed much in their fight for freedom and social justice”, Amnesty said in the report. “Egyptian authorities need to honour their activism and pull out all stops to address endemic violence against women in all echelons of society.”

Groups such as I Witnessed Harassment and Operation Anti-Sexual Harassment have monitored the phenomenon, and found that there were at least 19 cases of violent attacks in Tahrir Square during the protests marking the second anniversary of the 25 January Revolution last month.

Judging by the testimonies of women who have been assaulted around Tahrir Square, the attacks can last anywhere between five minutes to over an hour. Some male and female activists who attempt to intervene during these attacks can also find that they themselves become legitimate targets for physical and sexual assault.

Dr Magda Adly at the El Nadeem Centre for the Rehabilitation of Victims of Violence confirmed that in at least two cases blades were used, including on survivors’ genital areas.

The violent attacks are aimed at deterring women from participating in protests, but despite such attempts many victims of sexual assault return to Tahrir Square to continue protesting. One survivor of a violent sexual assault, Dalia Abdelwahab, told Amnesty: “I will not stay quiet. All women in Egypt need to wake up…. Otherwise, such violence will continue.”

“Given the stigma attached to harassment and sexual assaults against women, and the attitudes of law enforcement officials, many cases go unreported. Those who do try to press charges face a wall of indifference and even blame and contempt in their struggle for justice,” said Hadj Sahraoui.

Amnesty concluded in its report that one factor which contributes to the practice of sexual harassment is the constitution itself, rushed through during the draft-making process by President Morsi, which ignores the rights of women and does not explicitly prohibit discrimination on the grounds of gender.

“The state National Council for Women condemned the violence and called for investigations. It is now time for President Morsi, as the head of state, to do the same and demonstrate real political will to tackle the violence,” the report read.