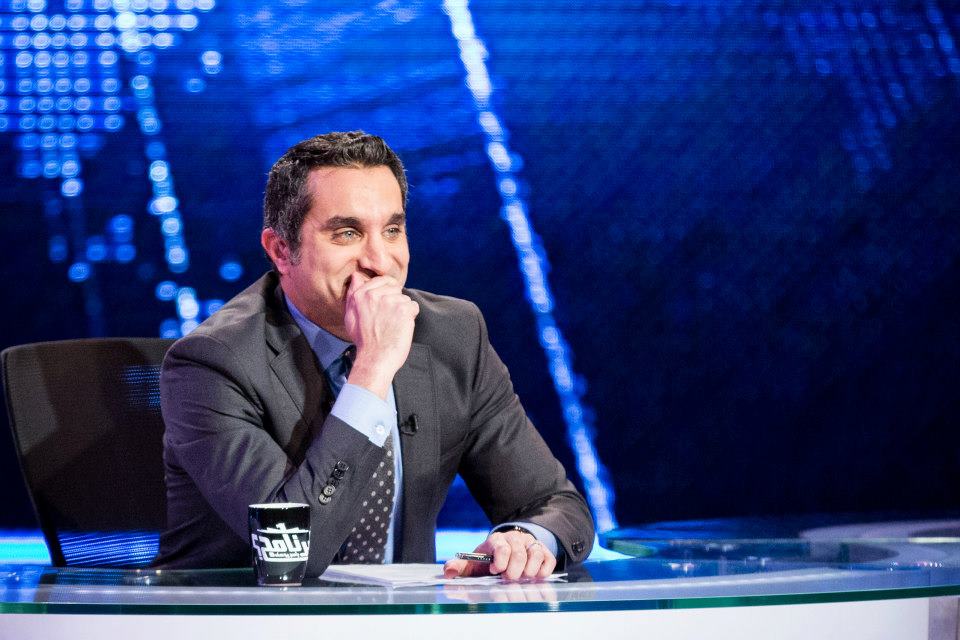 Youssef pointed out that the debate was not a crossfire, but instead a discussion of “different points of view”.

“There is no exclusive spokesman for Islam. Anyone who speaks of Islam is expressing an opinion.” he added, responding to an audience comment: “The only representative voices for Islam are the Quran and the Prophet Mohamed”.

Bassem Youssef said he agrees with Ibrahim’s opinion; however, what matters, he says, is how things are applied on the ground.

“Words are great, but what happens on the ground is demonising anyone who does not follow their [Islamists’] version of Islam,” Youssef said.

He criticised the nation’s Islamists and the Muslim Brotherhood, claiming that they turn people away from Islam though “misusing religious scripture”.

“The sympathy we had for the Brotherhood is eroding day after day,” he added.

On Ibrahim’s opinion of President Morsi, he said: “Mohamed Morsi is a good man, but the Brotherhood is the source of his strengths and his weaknesses.”

Ibrahim emphasised that he wrote previous articles stating that running a religious group depends on loyalty, while running a country is founded on citizenship and plurality.

“President Morsi still hasn’t done what Nelson Mandela did when he united the different fractions of society. This is a good example of Islam from a non-muslim,” Nageh said.

When one of the audience members asked Youssef for his opinion on the opposition, he replied with the curt: “Trash”.

“Let me think of a more descriptive word,” he continued. “‘Disgusting’, honestly.”

Youssef talked about his show, “Al Bernameg”, remarking on why he thinks many viewers declare a preference for his early YouTube videos over the latest live-audience incarnation of the show on the CBC TV channel: “This is the result of the changing mood in Egypt. The initial mood after the revolution with its intense feelings of victory and pride, is completely different from the current mood of Egyptians.”

One of the audience members criticised Youssef for “resorting to profanity” during the latest season of his show despite his being regarded a role model by some. Youssef replied: “My new programme is rated ‘18+’. I cannot please an entire population of 90 million. I’m not a demagogue; I just give my opinion.”

A representative of the Islamist Building and Development Party (BDP) criticised Youssef for imitating Islamists who mock political figures such as Mohamed ElBaradei and Ibrahim Eissa. Youssef replied that sometimes he is wrong, and added: “You still can call me a satirist or a clown, but I should be following the path of the Islamic shiekhs, and not vice versa.”

Responding to a question regarding his expectations for Egypt within the next five years, he answered: “I certainly don’t know; nobody has the crystal ball, but let’s have fun while going there!”

At the end of the session, Ibrahim remarked on the current political scene in Egypt: “Egypt is not mature yet. We are all still in the crib of freedom. We are all in political kindergarten. We need to unite and work together to serve the country and the people.”

Highlighting the aims of his television programme, Youssef said that he wants “to put the government under constant close pressure”.

Ahmed Amr, a construction engineering student at the AUC, said he attended the debate to listen to Bassem Youssef’s opinion of the Salafis and Islamists.

Amr added: “I liked the transparency between both speakers. The timing of this debate was suitable because of the current tensions between liberals and Islamists.”