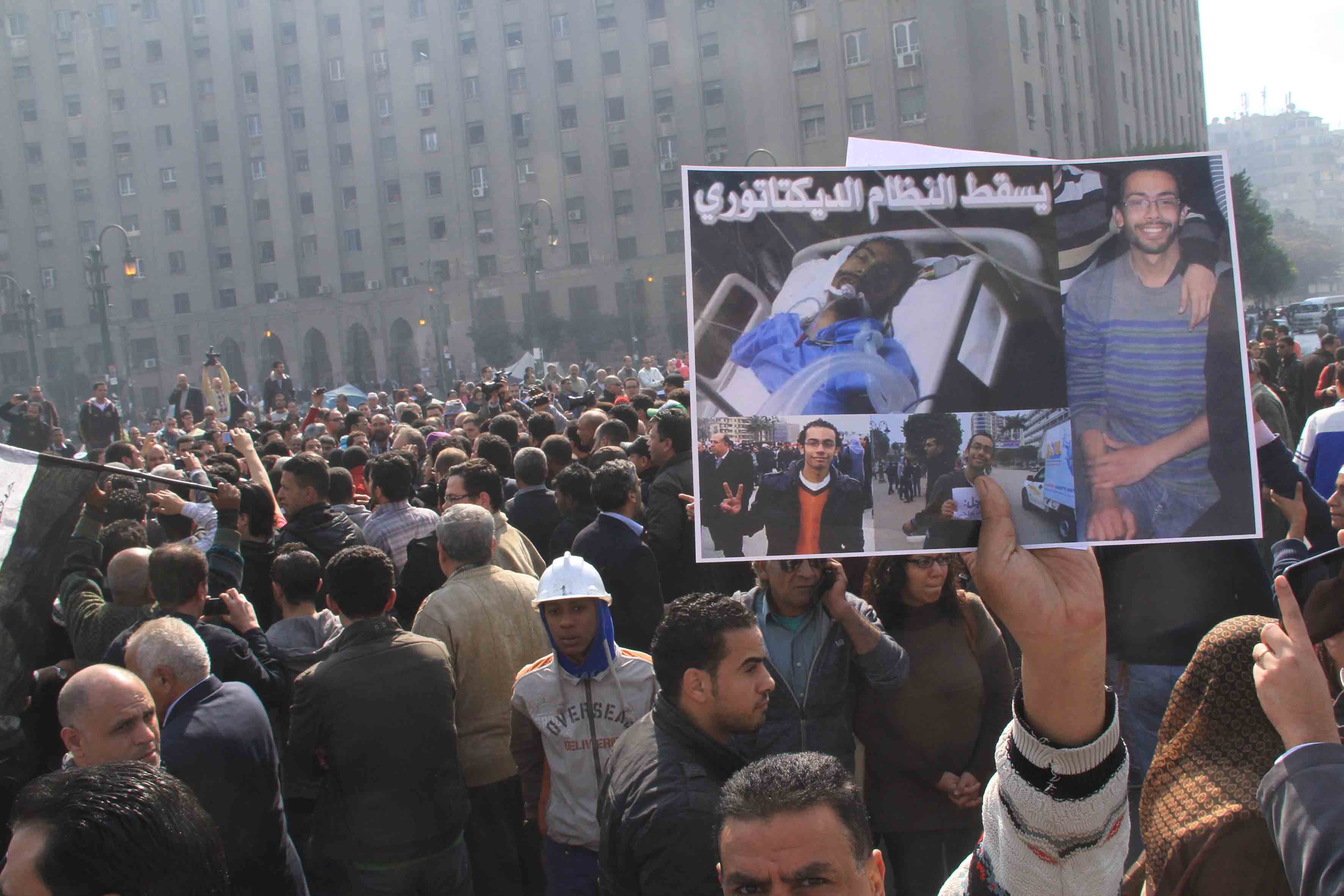 The Maspero Youth Union, the Egyptian Second Revolution of Rage Movement, the Popular Current and the 6 April Youth Movement, as well as a number of other revolutionary groups and political movements, have all announced they will hold protests and marches tomorrow to commemorate those who have died during the recent spate of violence that has rocked Egypt, as well as those killed during the 25 January Revolution

In a statement on its official Facebook page, the Maspero Youth Coalition said it will be holding a “March for martyr’s rights”, starting from Shubra at 1pm on Friday and proceeding to the presidential palace. The movement said it is holding the march to “demand justice for the nation’s martyrs” whether killed during the rule of the “brutal and barbaric” Supreme Council of the Armed Forces(SCAF) or the Muslim Brotherhood—all the way from the Maspero massacre martyrs to Amr Sa’d and Mohamed Al-Gendy, who died during the recent clashes. The movement said it would be hoisting flags emblazoned with pictures of these martyrs as well as those killed during the 25 January Revolution.

“We are an inalienable part of this nation,” the statement said. “Our blood is one, and the blood of those martyrs spilled in defence of their nation is the very blood that runs through our veins… for Mina is Mohamed, and Amr is Mina.”

The Egyptian Second Revolution of Rage Movement also announced it is staging a week-long series of protests and sit-ins under the banner “The week of determination”.

“This week will be the week of determination… ending with the ‘Friday of Departure’ next week,” said a statement on the movement’s official Facebook page. The movement called for marches on government buildings and police stations across the nation, where “citizens have been tortured, dragged on the ground and killed”, as well as a march to the presidential palace.

The 6 April Youth Movement also issued a statement announcing a march in Alexandria, “The Friday of blood right”, proceeding from the Al-Qa’ed Ibrahim Mosque to the Gleem area, to demand “justice for those killed, the removal of the prosecutor general, the annulment of the ‘defective’ constitution, and sacking the government of Hesham Qandil”.

A number of other groups including Lazem, former presidential candidate Ayman Nour’s Kefaya, and the Alexandria Leftist Youth Movement will also take part in the march tomorrow.

In a statement, the Popular Current, founded by former presidential candidate and member of the National Salvation Front (NSF) Hamdeen Sabahy, also said it would be taking to the streets on Friday, holding a million-man protest in Tahrir Square under the banner, “The Friday of dignity or departure”.

A number of other groups, including the Alliance of Revolutionary Forces, have also announced they will be joining protests tomorrow to commemorate those killed.