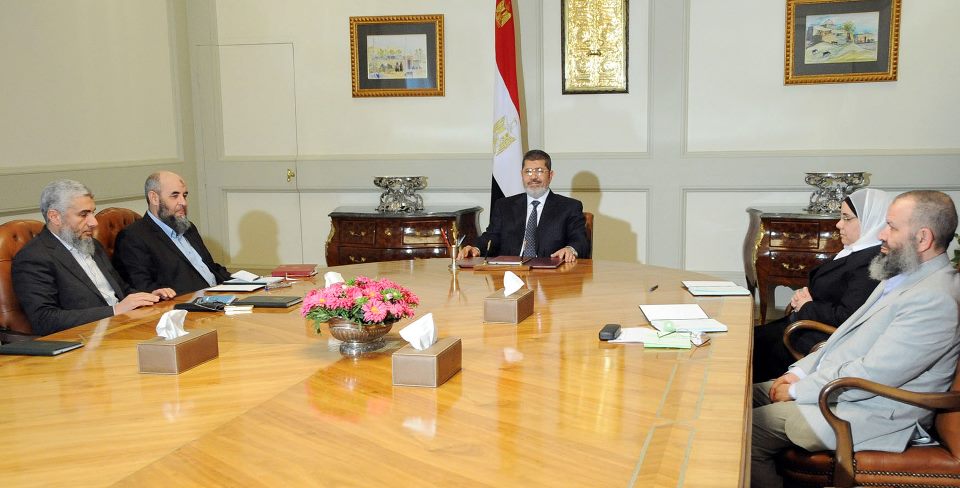 A delegation from the Salafi Al-Nour Party met with President Mohamed Morsi on Saturday evening to discuss a number of the party’s demands.

The second most prominent Islamist group in Egypt’s first post-revolutionary parliamentary elections proposed a reconciliation initiative last month, and then met with members of the National Salvation Front (NSF) on 30 January to discuss the initiative.

The two sides reached a consensus that called for the formation of a national salvation government, the appointment of a new prosecutor general, and the creation of a constitutional amendments committee.

Amid a polarised political climate, Al-Nour has managed to enter into discussions with the NSF, various Islamist groups, and the presidency regarding various disputed issues between Egypt’s Islamist and civil factions.

As mandated by the constitution, the timing of upcoming elections for the People’s Assembly will be determined this month.