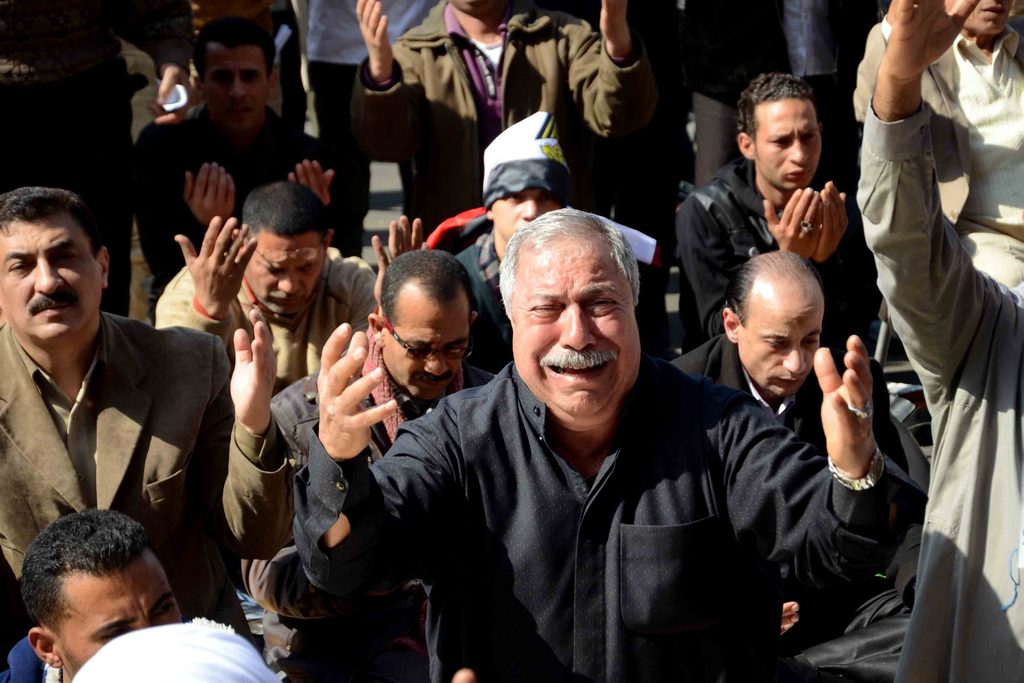 Fridays continued to mark days of violence amidst peaceful protesting in a number of governorates across the country.

“We planned two marches for the martyr Mohamed El-Gendy,” said Islam Molda, a political activist referring to the 28 year-old Popular Current member who was found dead last week with signs of being tortured.

Molda claimed that security forces provoked what were peaceful marches and that police used tear gas and rubber bullets on protesters. A total of 22 protesters were arrested, according to the activist, as clashes took place in areas surrounding the Governorate Building in Tanta.

The Ministry of Health announced 65 injuries in Tanta, all of which were taken to Tanta University Hospital. Most of the 211 total injuries took place in the Gharbeya governorate, home to Tanta, Mahalla, and Kafr Al-Zayat. Mahalla saw 35 injuries, while 65 were injured in Kafr El-Zayat.

Opposition groups also conducted marches that converged on the presidential palace in Cairo, where clashes ensued around the gates.

Chief Prosecutor of Heliopolis Ibrahim Saleh arrived to the palace on Saturday, according to state-owned Al-Ahram, where he inspected the damage done to the perimeter of the palace complex. Eight demonstrators arrested during the clashes in Cairo were referred to investigation for destructing property using Molotov cocktails, while 12 more were arrested on Saturday.

Thirty-one detainees were referred to investigation in Sidi Gaber for destruction of property and disruption of transportation.

Ahmed Shawky, spokesperson for the 6 April Youth Movement in Kafr Al-Sheikh, said two peaceful marches converged on the governorate’s headquarters. However, according to Shawky, tensions escalated between demonstrators and the police at around 3pm as protesters began throwing rocks which CSF responded to with tear gas.

Shawky said a child was hit in the head with a tear gas canister and was taken to the hospital before being let out later on Friday. Another protester, beaten by police, was admitted to Kafr Al-Sheikh General Hospital and was released following treatment.

Some opposition groups had dubbed the day of protests as the “Friday of Dignity or Departure”, as part of continued efforts to carry out peaceful demonstrations to gain certain demands from the government.

most recent wave of protests, and opposition groups have denied any responsibility or effort to mobilise their members to instigate violence with security forces.