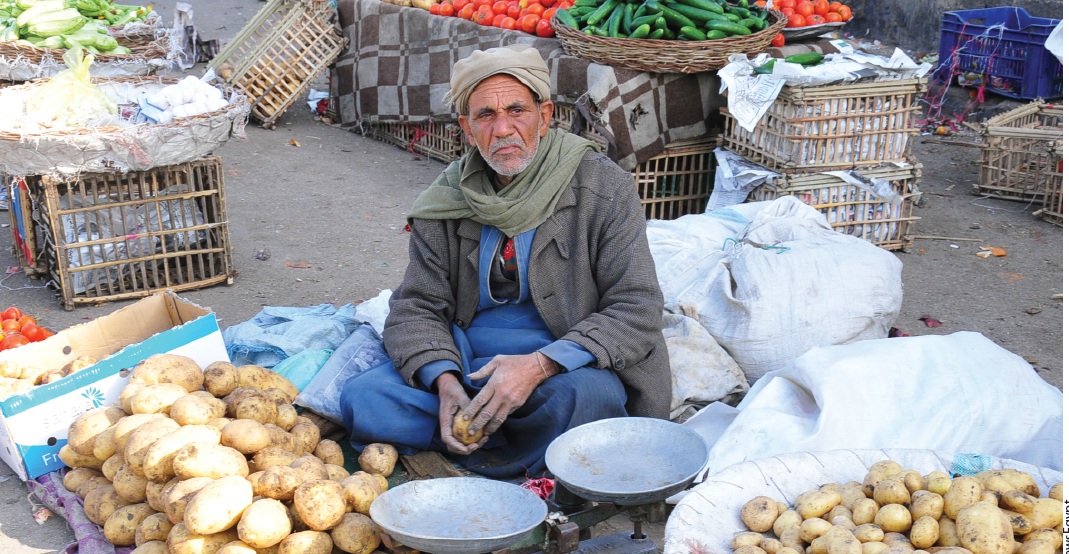 The monthly inflation rate rose by 1.8% last month compared to December 2012. The annual inflation rate also rose by 6.6% compared to January 2012 to reach 129.2 points, according to the Central Agency for Public Mobilisation and Statistics (CAPMAS).

CAPMAS explained in a press release that the rise in monthly inflation is due to increases in the price of tobacco by 7.6%, housing maintenance and repair by 6.6%, electricity by 5.9%, vegetables by 5.2%, textiles by 4.9%, vehicles by 4.6%, home appliances by 3.2% and dairy products and eggs by 3%.

On an annual basis the report said electricity and gas prices rose 7.35% compared to January last year, with natural gas and butane rising by 6.7%, medical services also by 2.29% for the same period, while fish prices witnessed an increase of 9.14%, dairy products and eggs, 4.11%, and poultry, 4.21%.

Transportation prices rose by 5.2% in January compared to the same month last year, due to a 2.25% increase in flight ticket prices, also the cost of Umrah tours rose 19%, while gold rose by 8.1% for the same period.

The report pointed to the increase in the price of food and beverages during last January by 2.7% compared to the previous month to reach 142.2 points, and 8.2% compared to January 2012

According to the Food Observatory’s Q3 2012 report, poverty levels in Egypt are on the rise, with a staggering 86% of vulnerable households not being able to currently meet their needs. Food basket prices recorded their highest monthly level in September  2012, rising by roughly EGP 14 compared to June  2012, and growing annually  by  3.4%. The report stated that 61.7% of vulnerable households’ income goes towards food; the national average is 40%