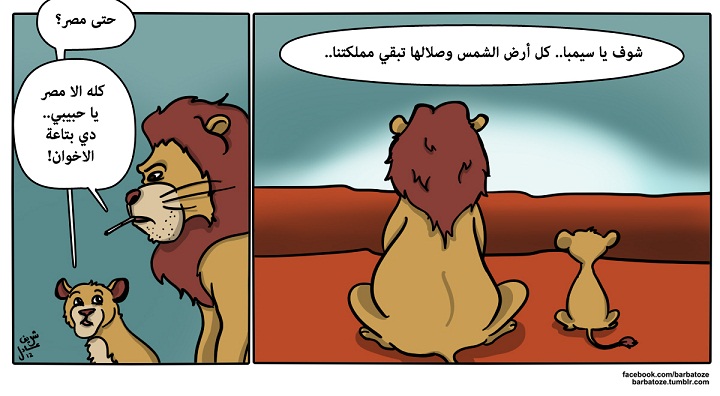 One of the most popular comics series in Egypt during the nineties was Flash, an Arabic comic magazine aimed at children. Other comic magazines originated from the GCC or USA and Europe, lacking Egyptian flair and local artistic capabilities.

Flash was different from other magazines because it was purely Egyptian and not affiliated with any foreign characters like Mickey Mouse or Donald Duck. The characters in Flash had Arabic names, such as Karim or A’laam, and were very specific to Egyptian culture.

Then there was a hiatus during which there were no new creations on the Egyptian comic scene. In 2011 a group of comic artists gathered to publish a new magazine, Toktok.

The magazine dubbed itself the home of Egyptian comics as it accepts submissions of comic artists of any age or genre. It sparked a renewed interest in the Egyptian comic scene and other initiatives followed in its wake. The main difference between the current magazines and Flash is that they are aimed at adults and not children.

The content varies from fictional sci-fi pieces to political satire to existential stories pondering the origin of life. And of course, the humorous comic strips poking fun at iconic Egyptian traits such as the street valet, the obnoxious merchant lady, or even the fat house cat.

Recently, an online comic magazine was created by Sherif Adel and named Barbatoze Comics. Barbatoze in Egyptian Arabic means the onesie often worn by babies. Adel is a dentist, but he attributes his interest in comics to his childhood. “I grew up reading a lot of comic books and I always had a deep passion for it as a medium for story-telling,” he said.

In school, he developed his abilities as a comic artist by drawing comic strips, something he continued through college. Last year, he decided to create Barbatoze Comics to establish himself in the world of comics.

Adel’s main objective is to make people laugh. “If you read my comics and it makes you laugh and if -maybe- it brightens up your day a little, then I’m definitely happy,” he said.

His most famous piece to date is Spiderman and The Tears, where he reenacts Spiderman’s origin story in the method of Egyptian soap TV shows.  He aimed it to be humourously “cheesy with inappropriately aged actors and everything.”

When asked about his sources of inspiration, Adel said “I try to expose myself to different forms of creativity, in the hopes of occasionally jump-starting mine.” He also follows the works of other comic artists and continues to read comic books of different genres.

Adel posts a comic on his website every 10-14 days and is working on his first graphic novel. Barbatoze Comics includes satirical pieces on the Egyptian community and political scene, yet its main goal remains simply to brighten up the day for Egyptians.