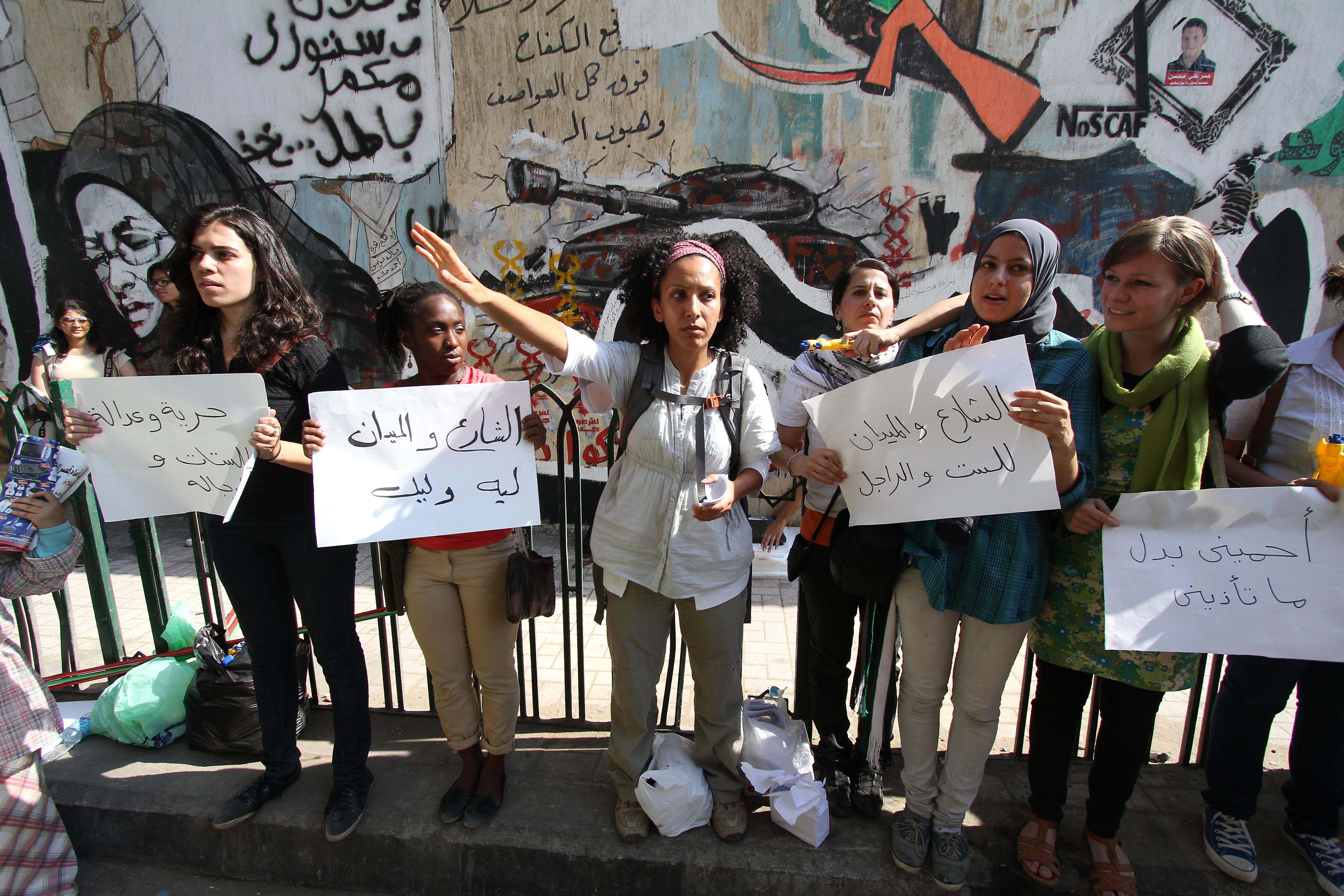 The National Council for Women (NCW) held a press conference on Sunday to announce they were drafting a law to fight violence against women.

The NCW is receiving reports from women who have been harassed to file a lawsuit against the government.

The statement was made by Mervat Tallawi, head of the NCW, who thanked the women who were courageous enough to report harassments.

The conference was divided into two parts; the first tackled the issue of harassment, especially during protests.

“The issue of harassment is political in the first place; if the political system respected women so would the people,” said Tallawi.

She added that the cancellation of the women’s quota in the parliament, the marginalisation of women in the constitution, and the “shameful statements” made by some politicians, all encouraged violence against women.

The speakers focused on the harassment incidents that took place on 25 January on the second anniversary of the revolution where at least 19 incidents were reported in one day.

Magda Adly of the El-Nadeem Centre for Rehabilitation of Victims of Violence said that their reports indicated the harassment was politically driven.

“The harassers were not young kids, they were in their thirties and they looked well-dressed; this is no street harassment, they were trying to empty the square and get rid of the opposition,” Adly said.

The legislative committee of the NCW is currently drafting an anti-harassment law to toughen up punishments for harassers. The council is working on including the word “harassment” in Egyptian law, as its absence has resulted in overlooking some incidents due to loopholes.

Tallawi met with Prime Minister Hesham Qandil two days ago and discussed the issue with him. Qandil wanted to meet with harassment victims but they refused to meet him.

She added that former Minister of Interior Ahmed Gamal El-Din had worked with the council on the anti-harassment law.

“He installed cameras in some streets, increased the number of female officers at police stations and helped in the drafting process,” she said.

The second part of the conference focused on criminalising female genital mutilation as a form of violence against women.