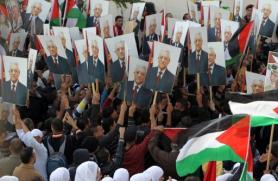 A two-day reconciliation meeting in Cairo between the Palestinian Authority factions Hamas and Fatah concluded on Saturday, with both sides agreeing to discuss the creation of a new unified Palestinian government. The two groups, however, failed to reach a consensus in regards to points of contention surrounding elections.

Fatah’s delegation chief, Azzam Al-Ahmed, told reporters late Saturday that both parties had agreed to begin “consultations with the Palestinian factions about the formation of a government of technocrats led by President [Mahmoud] Abbas under terms of the Doha Agreement”, AFP reported.

Al-Ahmed further pointed out that both sides had agreed on most issues, “except several points concerning the election law for the [Palestinian] National Council”.

The Doha Agreement was signed by both factions in Qatar on 6 February 2012, as an attempt to broker peace between the two factions and to unify Palestine under one government present in both the West Bank and the Gaza Strip.

Shortly after signing the agreement in 2012 Israel warned Palestinian Authority (PA) President Mahmoud Abbas that he could not “have it both ways”. The Israeli Ministry of Foreign Affairs released a statement threatening the PA, declaring that if it aligned with Hamas, it aligned with terrorists. “Either [Abbas] has a pact with Hamas or he has peace with Israel,” the statement read.

In an attempt to broker peace between Israel and Palestine, the United States, Russia, the United Nations, and the European Union imposed three requirements on the Palestinian government in order for it to be recognised by the international community: The denunciation of terrorism, the recognition of Israel’s right to exist, and the recognition of agreements signed between Israelis and Palestinians.

Speaking about the latest meeting, the Arab media spokesperson for the Israeli foreign affairs ministry, Lior Bendor, reiterated these requirements last year. He said Israelis should not expect anything to change, pointing at the vast ideological differences between the two factions.

“If Hamas can agree with Fatah on establishing a Palestinian state alongside Israel, and not in the ruins of Israel then of course that is a good sign,” Bendor said, adding that true reconciliation seems impossible.

Hamas was not available for comment on the issue of Palestinian recognition of Israel.