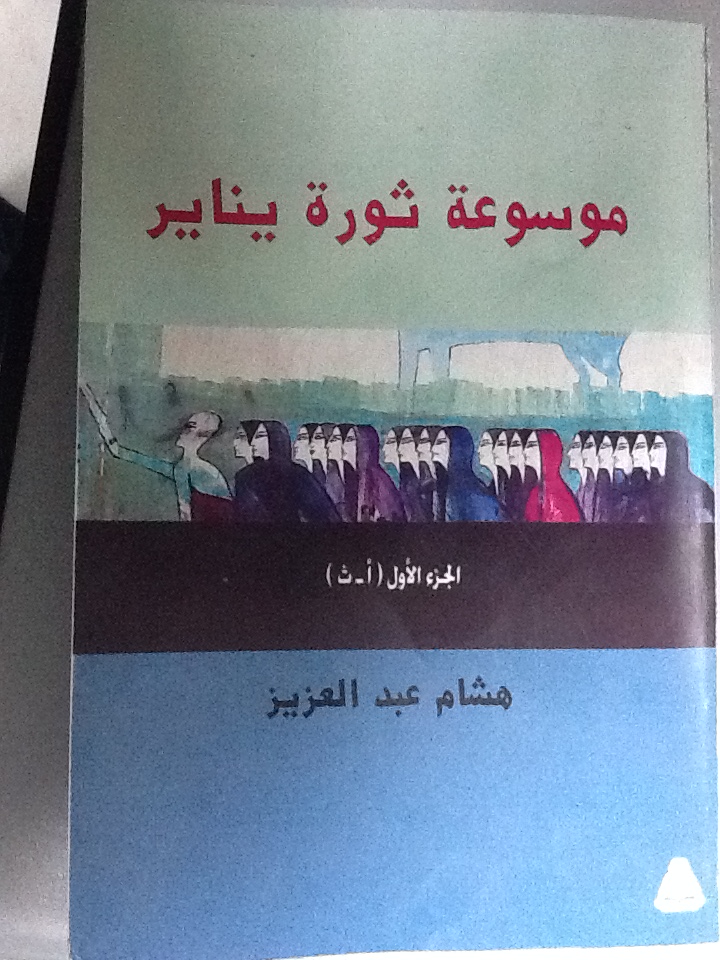 The Egyptian revolution does not only represent a political change that resulted in the ousting of a ruler, but it is also a great social and demographic movement that deserves to be thoroughly researched and studied as it may turn out to be one of the more significant occurrences in Egyptian history.

The time after the uprising of 25 January has been filled with so many important and significant political events that very few writers and researchers to date have analysed the revolution as a whole. The Egyptian Book Authority recently released the first part of the Encyclopaedia of the Egyptian Revolution, in which they attempt to record and document the Egyptian Revolution.

The Encyclopaedia will consist of eight books and is written by Egyptian researcher and head of Egypt’s Folk Encyclopaedia Project Hisham Abdul-Aziz.

Abdul-Aziz compares himself with the famous Egyptian chronicler Al-Jibarty who lived 200 years ago and witnessed and recorded significant historic events that preserved a thoroughly detailed image of his age.

“I try to document this great and intricate phenomenon from a linguistic angle,” said Abdul-Aziz. “There are enormous amounts of videos and photo archives of every singular event that took place, all uploaded on the internet and available for anyone,” he said. In the books Abdul-Aziz observes and records the effect of the Revolution on Egyptian slang.

The encyclopaedia is arranged alphabetically and each Arabic letter has its own section that includes all the new words that start with this letter that have occurred in Egyptian slang after the Revolution as a result of political events.

A good example is Estebn, which in colloquial Egyptian means the spare tire of a car. In the presidential elections the word was used to describe, now president, Mohamed Morsi, when he was put forward as the candidate for the Muslim Brotherhood after their first candidate was prevented from running. In the encyclopaedia the writer defines the word, mentions its origin and gives a small explanation on its use.

The encyclopaedia documents the revolutionary and political events starting from 25 January 2011, until the first session of parliament which took place in February 2012. “I tried to stay as objective as possible, although pure objectivity is very difficult as I am recording a revolution in a society that I am a part of and of course I have a personal opinion and point of view on all the events that are occurring around me,” Abdul-Aziz said.

“Egyptian society has changed significantly and on a scale that deserves study and analysis. The encyclopaedia is an attempt to document a single angle of this change and preserve it for future generations.”

To gather the data, Abdul-Aziz used as many sources as possible, including magazines, newspapers, news websites, Facebook groups and pages in addition to personal observations the author made in Tahrir Square, different means of transportation, cafes and anywhere where people discuss political issues.

The first part of the encyclopedia covers only three Arabic letters and was featured on the shelves of the Ministry of Culture and Egypt’s Book Authority sections in Cairo’s Book Fair and is now available at most of Cairo’s bookstores and libraries.