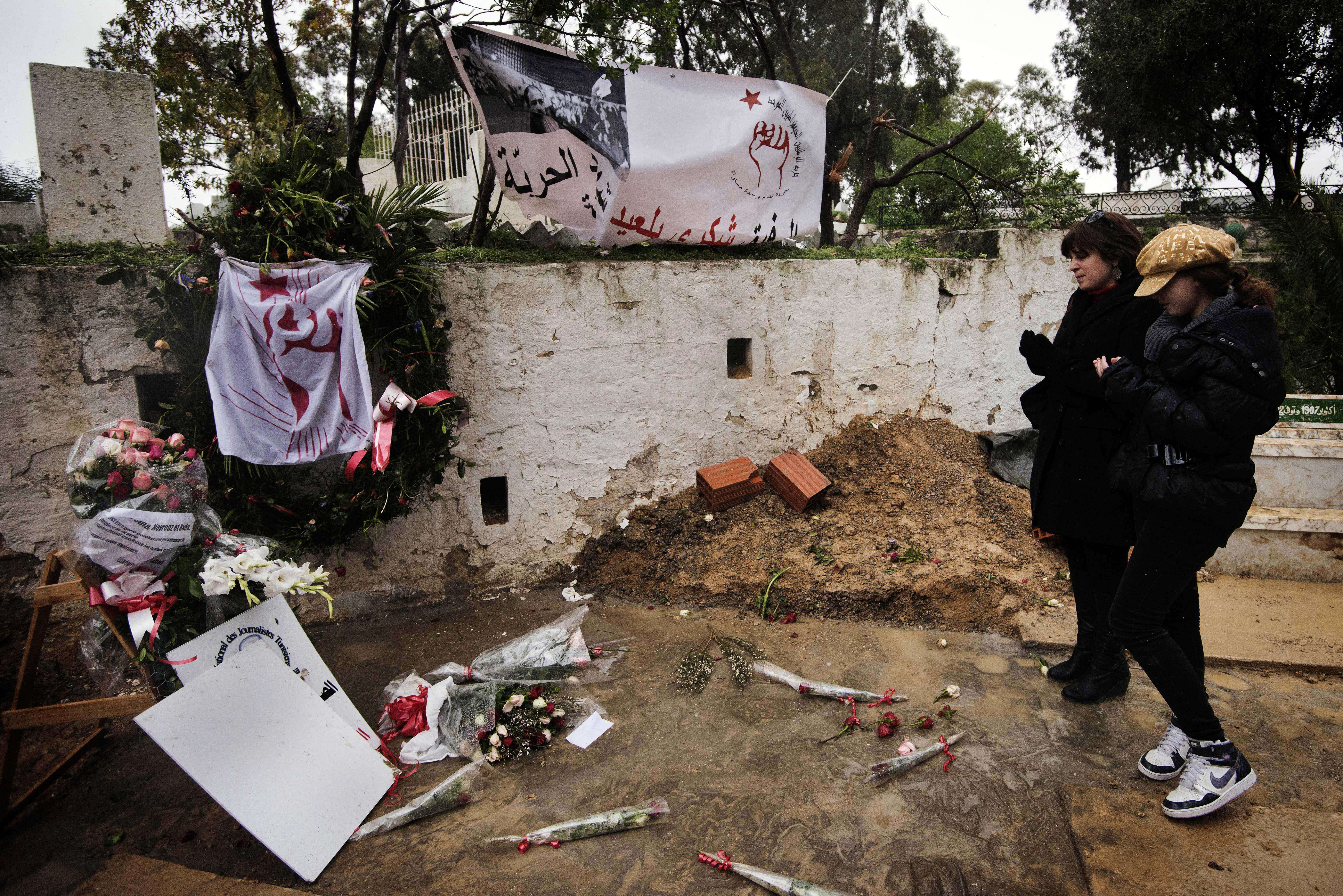 (AFP) – Prime Minister Hamadi Jebali’s gamble on forming a new government in defiance of his own Islamist party after the assassination of opposition head Chokri Belaid left Tunisia in political limbo on Sunday.

The ministers of President Moncef Marzouki’s party in the ruling Ennahda-led coalition are on the verge of stepping down, said a leader of his Congress for the Republic Party (CPR), Chokri Yacoub, quoted by TAP news agency.

Tunisia’s secretary of state for foreign affairs Hedi Ben Abbes, told AFP a decision would be announced on Monday on the possible resignation of the CPR’s three ministers and two secretaries of state.

After clashes with demonstrators between Wednesday and Friday that the interior ministry said left one policemen dead and 59 colleagues wounded, security forces remain on a state of alert with the army deployed nationwide.

On Saturday, the prime minister, a moderate within his Ennahda party, threatened to quit and warned of chaos unless key ministries held by fellow Islamists go to independents in a new government of non-partisan technocrats.

Jebali, who has centre-left allies including Marzouki as well as the support of the secular opposition, has set a target date of the middle of this week for the shake-up.

“The government of technocrats announced by Hamadi Jebali appears to be on the right track, giving hope to large segments of public opinion who were totally demoralised by the assassination of Belaid,” it said.

But Ennahda has warned it will take to the streets, as it did on Saturday when several thousand supporters demonstrated in Tunis to insist on Ennahda’s right to govern following its October 2011 election triumph.

“There will be no division within Ennahda which is committed to its institutions,” he said in an interview published in the Algerian daily El Khabar.

“The party is very strict when it comes down to its unity. Differences in opinion exist within the party and are freely expressed. That’s why I think Ennahda is not under threat.”

Since Wednesday, Tunisia has seen street clashes between police and opposition supporters and attacks on Ennahda offices, and Belaid’s funeral on Friday turned into a massive anti-Islamist rally.

“The people want to protect the legitimacy of the ballot,” pro-Ennahda protesters shouted on Saturday on Habib Bourguiba Avenue, epicentre of the 2011 uprising that ousted ex-dictator Zine El Abidine Ben Ali.

Belaid, who accused the Islamist party of stealing the revolution, was gunned down outside his home. His supporters and family openly blamed Ennahda for eliminating him — a charge it has flatly denied.

Tensions between liberals and Islamists have simmered for months over the future direction of the once proudly secular Muslim nation. Divisions in the national assembly have blocked progress on the drafting of a new constitution.

But the crisis has also laid bare divisions within the party itself, and inflamed anti-Islamist sentiment, fuelled by a controversial pro-Ennahda militia that has been implicated in attacks on secular opposition groups.

Jebali, who formed his government in December 2011, first announced his plan for a non-political government of technocrats in the immediate aftermath of Belaid’s murder.

Saturday’s protest was called to “defend the legitimacy of the national constituent assembly,” in which the Ennahda-dominated coalition holds a majority, but whose support Jebali has said he does not need to form a new cabinet.

His own parliamentary bloc had already rejected the plan, with Sahbi Atig, Ennahda’s leader in the national assembly, criticising Jebali for not consulting the party.