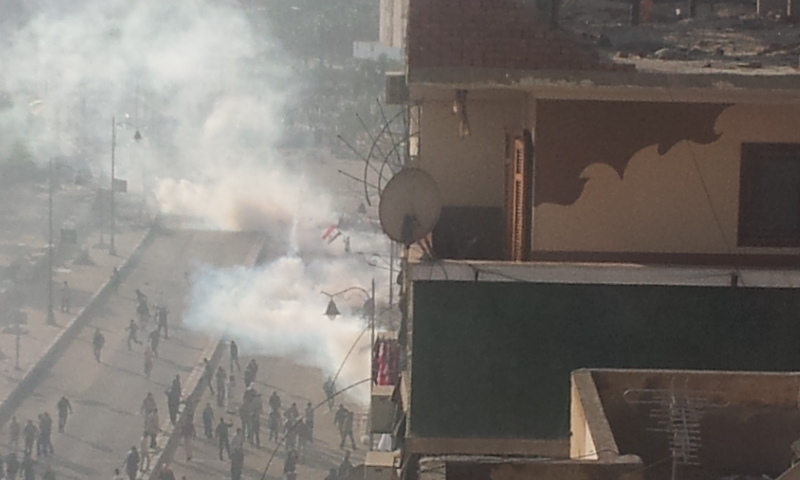 Relatives of Nasir Al-Shafa’i, who was recently arrested for his alleged involvement in violent events that occurred in Suez on the second anniversary of the 25 January Revolution, marched on Sunday, to the city’s Al-Wafd Party headquarters, demanding party officials intervene to help secure his release.

Manal Al-Shafa’i, sister of the accused, said that security forces and police entered and searched the family’s home on Sunday, without finding evidence linking Nasir to the events of 25 January this year.

Manal said she was surprised to hear that her brother had been apprehended and arrested by security forces while working at a mill located on the road from Suez to Ismailia.

Family members participating in the march brought with them medical prescriptions proving that Nasir suffered from psychiatric disorders; while his sister made it clear that her brother had never before been accused or convicted of a crime.

Relatives of the accused and a number of political activists then marched from the Al-Wafd party headquarters to the Suez Security Directorate demanding Nasir’s release, and the firing and trial of the city’s security director for his involvement in the killing of protesters.

During the march protesters chanted a series of slogans such as “The Ministry of Interior is full of thugs”, “Overthrow the Supreme Guide”, “Dissolve the state of emergency”, “The people demand the downfall of the regime”, and “Leave, leave”.