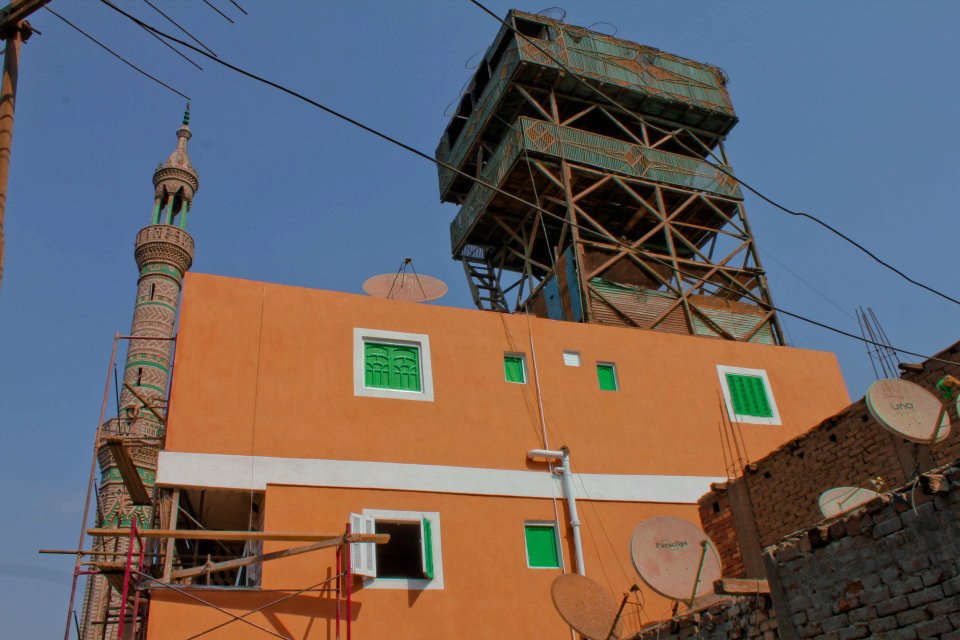 There are many organisations that work in the poorest areas of Cairo, trying to alleviate the hardships of the impoverished. In the Mansheyet Naser slum in Moqattam a NGO started by young Egyptians is offering practical help that is physically changing the landscape of the area.

Nebny, which means “build” in Arabic, is a NGO established by a group of young people following the Revolution of which they were an active part. Nebny aims to use the sense of enthusiasm and patriotism that was an integral part of the 25 January uprising which inspired many young people and turn Revolution into tangible acts of development and growth.

Jawad Nabulsi and the other co-founders of Nebny decided to focus their efforts on renovating the Mansheyet Naser slum, which lies at the foot of Moqattam hill. “The idea behind Nebny is to develop the skills of the inhabitants of Manshyet Naser,” said Merhan Omran, project manager at Nebny.

Many initiatives of other organisations sought to develop the area by relocating its inhabitants, but Nebnys’ idea was to renovate the existing houses and apartment blocks. By teaching the inhabitants the necessary skills, they hope to empower the slum dwellers and having them participate in restoring and developing their own homes. Nebny aims to convert the slum from a marginalised, neglected area into an attractive place to live.

“We started our project two years ago with Luxor street, which we decided to turn into a perfect economically, educationally and aesthetically developed prototype that can be implemented in other slums or during forthcoming operations,” said Omran.

The main concept behind Nebny is to help develop people’s economical and behavioural skills in parallel with the renovations of houses and streets. Nebny has a small venue in Manshyet Naser where volunteers organise a variety of activities that range from educational courses for children and inhabitants who are illiterate to garments fairs, just to name a few.

The renovation project of Luxor Street was designed in three phases; during the first phase the facades of the houses are repaired and redone; the second phase focuses on basic structural repairs on buildings; and the third phase will be the rebuilding of dilapidated houses on the street. So far Nebny has completed the first phase and is preparing for phase two. Nebny pays for 80% of the renovation costs, while the local inhabitants contribute 20%.

“We were not welcomed by the area’s population when we first started out, but after they saw we were sincere, dedicated and  have no political goals or agendas, they started to cooperate with us,” Omran said.

Omran said the volunteers realised the locals were not very fond of obeying commands, even if they are intended to help improve their lives, but that they prefer to talk, discuss and be persuaded. As a direct result, Nebny formed a research group that aims to raise awareness of the dangers of some diseases, encourage the abandonment of some customs that are harmful and to improve personal hygiene through dialogue with the local inhabitants. Choosing discourse as a means of spreading knowledge and awareness has proven to be highly effective and the technique has become an integral part of Nebny.

Every new volunteer is given an orientation session about Nebny’s code of ethics which revolves around the notion that doing volunteer work and serving and helping disadvantaged people will give the volunteer a sense of happiness, satisfaction and inner-peace. Nebny has found a way where everyone, both the volunteers and the inhabitants, wins, by offering practical help and empowerment.