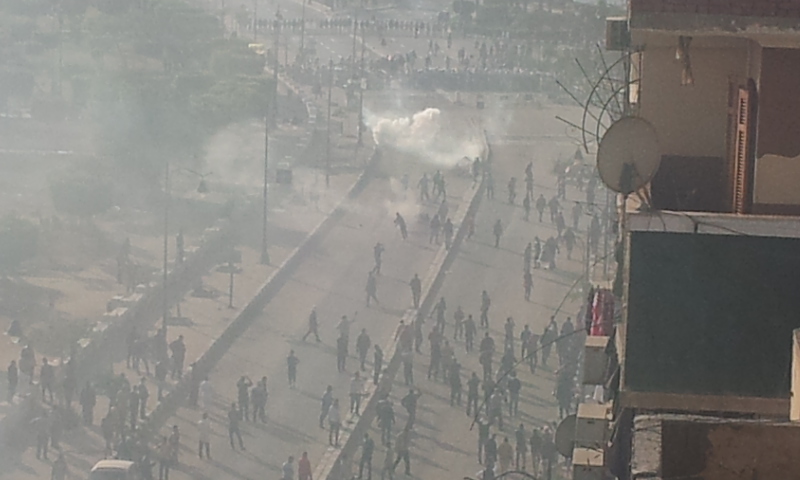 The Suez prosecutor Ahmed Abd al-Halim al-Muhami has sentenced Nasir Al-Shafa’i, an employee at a local mill, for shooting at police officers on the anniversary of the 25 January Revolution. He was transferred to the Ataqa Police Department.

The city’s prosecutor claimed that he had obtained tapes, pictures and verbal statements implicating Al-Shafa’i in acts of violence against police.

Small protests occurred in Suez commemorating the two year anniversary of former President Hosni Mubarak’s stepping down. Ali Amin, a member of the National Salvation Front (NSF), said that protesters plan to gather in Martyr Square and march to the the Al-Wafd and Nasserist Party headquarters, moving towards the city’s Security Directorate to demonstrate against Al-Shafa’i’s arrest.

Protesters demonstrated on Sunday night against the arrest of Al-Shafa’i, saying that the charges brought against him were false.

Family members participating in the march brought with them medical prescriptions proving that Al-Shafa’i suffered from psychiatric disorders.