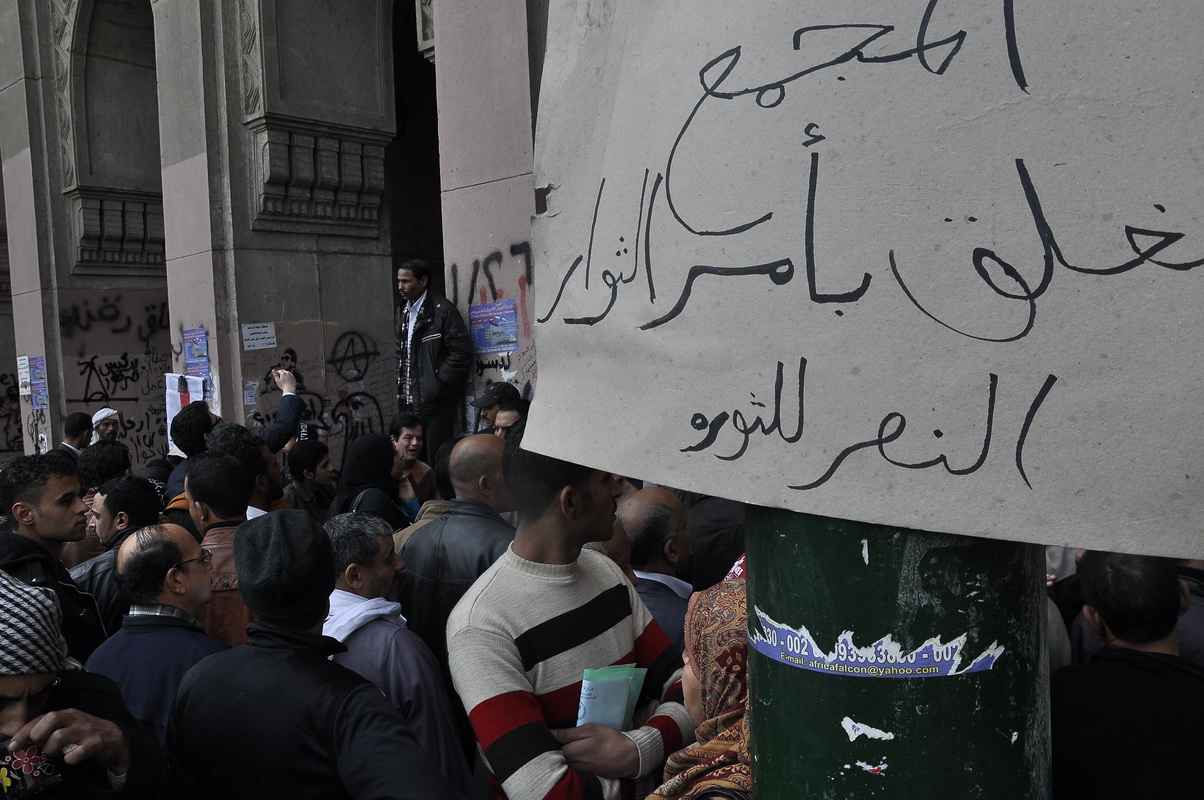 The Mogamma complex remained closed down on Tuesday by protesters, who said they were staging a form of “civil disobedience” against the government.

The administrative building at the heart of Tahrir Square was first closed by protesters on Sunday, when they prevented employees and citizens from entering the building.

“The complex is closed by order of the revolutionaries,” read the banner that the protesters placed on the doors of the complex.

Arguments have broken out between protesters and citizens who visited the complex to get their paperwork done; at times, these arguments escalated into fist fights.

Citizens who waited in front of the building hoping it would be open had repeatedly tried to persuade protesters to end the closure and reopen the complex. However, the protesters insisted it was a means to pressure the regime to achieve the goals of the revolution and release political detainees.

The protesters promised to end the closure on Wednesday, according to state-owned Al-Ahram.

The number of protesters in Tahrir Square decreased after Monday marches finished. The marches were held to commemorate the second anniversary of Mubarak’s stepping down on 11 February 2011.