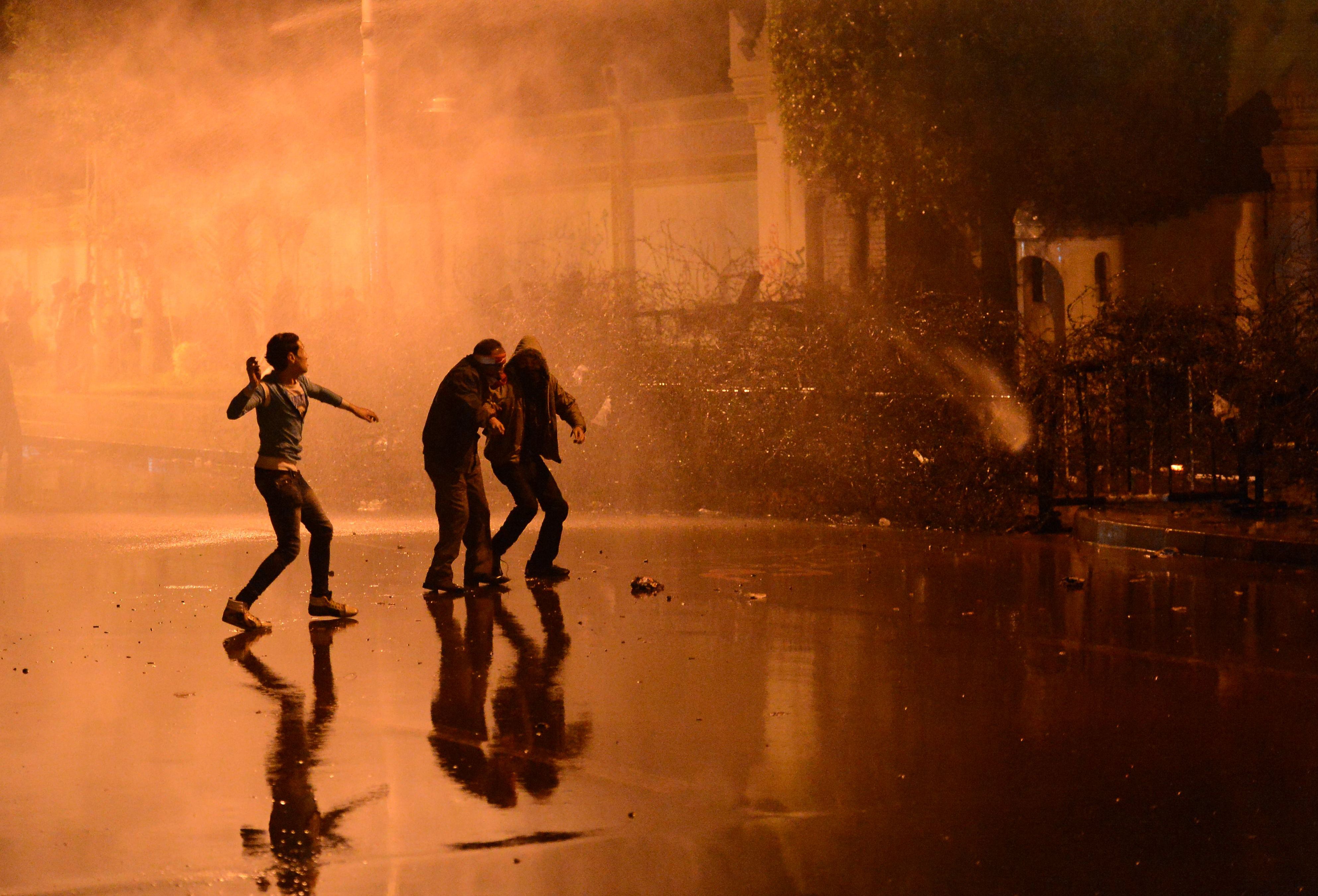 The surrounding parameters of Itihadiya palace were quiet on Tuesday morning following clashes between police and protesters that took place Monday night.

The public prosecution began investigations on Tuesday into 21 people arrested at or near the site of the clashes, the Egyptian Centre for Economic and Social Rights reported.

Hundreds of demonstrators gathered in front of the presidential palace in Heliopolis Monday night and clashed with security forces posted outside the palace gates.

The crowd was protesting against President Mohamed Morsi, many calling for his departure. Some used the familiar green-coloured lasers to identify security forces posted on the palace roof.

Masked protesters attempted to remove the barbed wire securing the palace gates, prompting security forces to disperse them with water canons. Protesters responded by throwing rocks at the gates and policemen operating the water cannons.

Armoured police vehicles arrived on Marghany Street firing tear gas canisters into the crowds of protesters in an attempt to drive them back. Chants against Morsi, the Muslim Brotherhood and the police only grew louder between police charges.

Protesters burned a car and used it to block the road in order to stop police advances. Skirmishes of rock-throwing, fireworks and tear gas canisters continued until the early Tuesday.

Protesters eventually dispersed but not before nine people were injured during the clashes, mostly from tear gas asphyxiation, said the Ministry of Health.