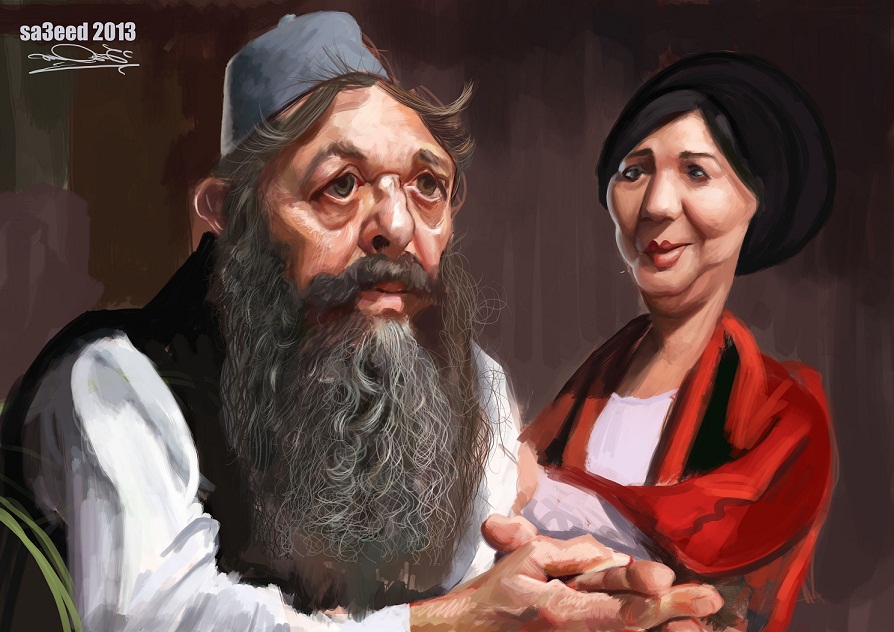 Caricatures have been a staple of Egyptian culture since Mostafa Hussein’s brilliant creations in the Al-Akhbar newspaper. These days, every newspaper in Egypt boasts one or two caricaturists to translate daily events into visual statements.

We have grown accustomed to the squiggly lines of artists, representing famous political figures, who are often in hot water. However, Mohamed Saeed is taking a more artistic approach.

Saeed said he has always been attracted to art. “I was interested in art since I was a little kid; my mother used to give me some paper, a pencil and a magazine, and I would imitate things from my own point of view,” he recalled. Without any formal training, Saeed proves that art can be about mere talent.

He is self-taught and credits his early interest in sketching for the development of his talent. “Sketching every day and anywhere helped me sharpen my talent and learn how to turn things into lines and shapes on paper,” he said.

His interest in caricatures was purely accidental however. “[I stumbled upon] a Facebook group that conducts a contest every week featuring a celebrity, and members are asked to create a caricature of that celebrity in different styles.” Saeed benefited from the exposure to a variety of styles, helping him develop his own.  He also started to communicate with other artists via the group, “asking them for advice and critique”.

When asked how he picks his projects, Saeed simply answered: “I draw what I like…they say it comes from the heart.” It is obvious that Saeed is passionate about his work, and it shows in his artwork. In his Bab El-Khale’ piece Saeed pays meticulous attention to the details. The facial expressions of both characters are very animated, making the painting seem alive.

The quirkiness of the caricature adds a unique and intriguing touch that invites one to take a deeper look.  The shading of the artwork seems very simple, but a few well-placed lines can make or break a painting, something Saeed knows well. The final product resembles more of an oil painting than a rough caricature sketch.

Even though to the viewer the painting seems complicated, Saeed says it is very “simple”. He explains: “People think what I do is complicated, but it is not. I usually start with a very rough sketch to study the shape of the face; sometimes I do plenty of sketches, sometimes I just block in with colours.” Saeed’s final artwork is made by using his sketches along with a graphic pen tablet and Photoshop.

Saeed currently does freelance work in his hometown Zaqaziq, but he hopes to open up a gallery in the future and would like to teach people how to draw caricatures in similar styles.