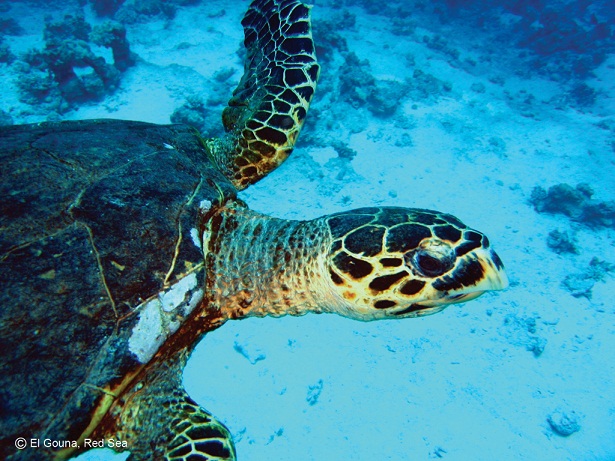 Many reports have been written about the decline of tourism in Egypt since the January 2011 uprising. Stories about empty resorts, struggling hotels and restaurants and the classic tourist attractions like the pyramids see only a fraction of the visitors they would normally welcome on a typical day.

Local inhabitants of tourist destinations struggle to make ends meet and the general impression is that Egypt’s tourism sector is facing a long struggle for survival.

But it is not all doom and gloom and a good example of faith in Egypt as a destination is Turkish Airlines’s recent addition of Hurghada and Sharm El-Sheikh as destinations. Daily News Egypt spoke to Mohamed Durmaz, the general manager of Turkish Airlines in Hurghada.

The first Turkish Airlines flight landed in Hurghada in October 2012. “I previously worked in Kuwait where the market is very competitive and the demographic structure of the local market has a large proportion of Egyptians. I can say I am quite familiar with Egyptian culture,” Durmaz said. “I started working in Hurghada on 1 February.”

Egypt as a country is not a new destination for Turkish Airlines. “We have been flying to Cairo since 1980,” Durmaz said. The first expansion in destinations happened in 2012 when Alexandria was added, followed by Sharm El-Sheikh and Hurghada on 9 and 17 October 2012 respectively, according to Durmaz.

Durmaz said Turkish Airlines’ ambitions extend beyond the Red Sea resort cities. “We will be opening up Aswan and Luxor sometime this year, a testament to the potential we see in the Egyptian market,” he said.

Visiting Hurghada, one might find empty streets that seem to confirm numerous stories of decline in the amount of tourists choosing the destination for their holiday. When Durmaz explained why the airline chose to open Hurghada as a destination during such a tumultuous time, he pointed out that this impression may not be correct.

“Actually, the statistics of the Egyptian authorities show that the number of tourists in 2012 has slightly surpassed 2010 levels,” he said. “I think the reason the improvement is not being felt is primarily because the demographic segmentation of the tourists coming to Hurghada has changed; the number of tourists from some countries has increased swiftly and has passed 2010 levels while the numbers from other countries are also increasing but they are still behind those of 2010.”

Based on these numbers it seems that Hurghada is slowly recovering and Durmaz agreed. “In sum, Western European tourists are returning to Hurghada but at a slower rate than those from Eastern Europe,” he said. To Durmaz, the future looks bright though: “We expect 2013 to surpass the prior years on all demographic segments.”

Durmaz’s optimism in Egypt’s growth potential in general, and Hurghada in particular, was refreshing. “In terms of growth I can say that Egypt in general is undervalued as a touristic destination.

There are great opportunities for companies in the tourism sector and it is because of this untapped potential that I believe the market only has one way to go: up!” he said. “As for Hurghada, I think this beautiful city is going to be the driving force of tourism in the Egyptian market. With our strong presence we will be connecting Hurghada to 219 cities around the world.”

One major reason for the decline in Egypt’s tourism is tourists’ perceptions that Egypt is not safe at this time. When asked if he felt that there is anything the government can do to assure travellers that Egypt is safe Durmaz said: “I represent the private sector so I can tell you what the private sector can do. We can try and get more press coverage to balance out what I call the negative sensationalism that scares people away from Egypt.”

While charter flights to Hurghada are common, only a few national carriers have included the Red Sea town in their destinations. When asked why Turkish Airlines decided to start flying to Hurghada, Durmaz explained the company’s strategy. “We fly to more than 90 cities in Europe alone and this is where most of the tourists to Egypt and Hurghada come from.”

“Unlike charter companies we have the advantage of having many sales channels; passengers can purchase their tickets online, through our offices, through their travel agents or through tour operators who we deal with,” Durmaz said.

At this moment the airline operates three flights per week to Hurghada, on Friday, Saturday and Sunday, but for all current and future destinations in Egypt, expansion is possible. “Increasing capacity by increasing the number of flights is and always will be on the table for us,” Durmaz said.

Durmaz said he felt that the presence of Turkish Airlines and its many destinations will help the tourism sector in Hurghada. “I have the absolute conviction that having 219 cities connecting to Hurghada, and most importantly connecting the rising Turkish market to here, will add value to the tourism sector,” he said.

When asked about specific plans Turkish Airlines has to increase the influx of tourists to Hurghada, Durmaz said: “Unfortunately I cannot share specifics with you. However, I think it is sufficient to say that we are a network carrier which means that each destination relies on the other destinations present on the network of the carrier.”

Turkish Airlines’ new operations in the Red Sea cities are expected to have a significant impact on attracting a more diverse array of tourists from different areas around the world. “With 96 countries we are currently number one in the world in terms of the number of countries we fly to,” Durmaz said.

Durmaz expects the same to happen to the amount of Egyptians visiting Turkey. “With travel the key is accessibility. Travelling via transit routes and long waiting hours in the airport is a hassle many would want to avoid but connecting six cities in Egypt directly to Istanbul and vice versa is going to alleviate that problem,” he said.

Durmaz believes the airline will also benefit the expatriate communities in these cities as well: “The demographic nature of the foreign community here is perfect, both for us and for them. Not only will they be able to fly home with us, they will also get to their homes much faster than before”

Overall Durmaz is excited with the expansion of his company in Hurghada. “I would like to underline something; we are a private company driven to make profits in all the markets we operate in.

We would not be present in Egypt if we did not see tremendous potential here. Egyptian tourism is going to make history in this decade and we are here to help make it,” he concluded.