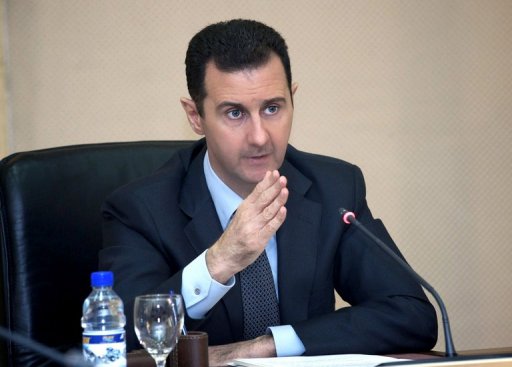 AFP – DAMASCUS — President Bashar al-Assad’s regime has sent a letter to the United Nations blasting Turkey’s “destructive” role in the conflict that has ravaged Syria for the past 23 months, state media reported Friday.

The ministry also accused Ankara of taking “increasingly hostile stances towards Syria, by blocking… measures taken by Damascus for a political solution to the crisis” that the UN says has left some 70,000 people dead.

The letter, published by SANA, also criticises Turkey for “pressuring Syrian opposition members to refuse a political plan” proposed in a speech Assad on January 9.

Assad in the rare speech offered negotiations to end the conflict but only to opposition groups with no links to rebels the regime considers to be “terrorists”.

The proposal was rejected by Western and Arab countries, as well as by Turkey and the Syrian opposition, including dissident groups tolerated by Assad’s regime.

“Turkey has turned its territory into camps used to house, train, finance and infiltrate armed terrorist groups, chief among them the Al-Qaeda network and the Al-Nusra Front,” said the letter.

Key rebel backer Turkey early in the revolt against Assad broke ties with Damascus and has led international calls for his ouster.

Some 200,000 Syrian refugees have fled the conflict in their country for Turkey, many of them living in insalubrious camps.

Assad’s regime views dissidents and insurgents as foreign-backed “terrorists” whose aim is to destroy Syria.

Al-Nusra Front, which the United States says has links to Al-Qaeda, has been listed by Washington as a “terrorist” organisation.

Its jihadists have claimed responsibility for most suicide bombings that have shaken Syria in the spiralling conflict.

A popular revolt against Assad broke out on March 15, 2011 and morphed into an armed insurgency after the regime unleashed a brutal crackdown against dissent.