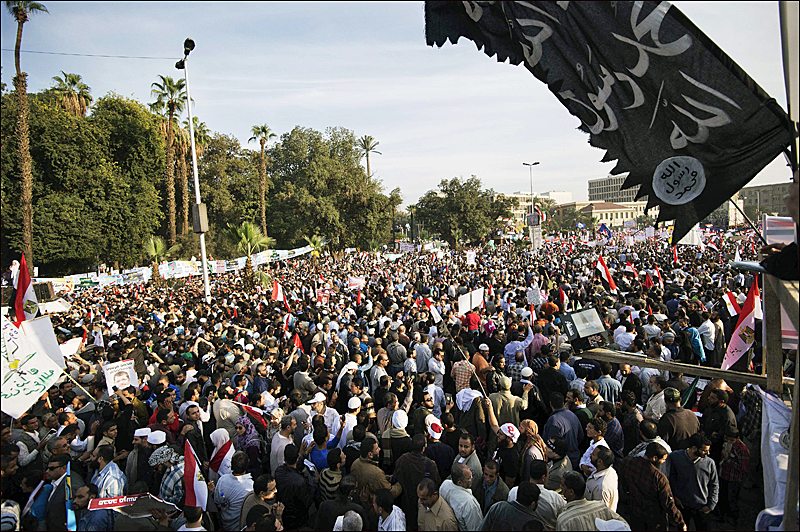 Al-Jamaa Al-Islamiya and its political wing, the Building and Development Party, called for protests in front of Cairo University under the banner ‘Together Against Violence’ to denounce street violence between protesters and police that has caused several casualties.

The demonstration’s demands include a call for all political forces to stand against abuse and violence, embrace change through the ballot box, and to push for safeguarding human rights through a strict application of the law. They also call on the president to take swift and effective action against poverty and to respect the judiciary’s decisions.

The group also demands stricter measures by the Ministry of the Interior to combat political violence and calls for unconditional national reconciliation between political actors.

The Salafi Al-Asala Party announced it would not participate in the demonstrations, while the Muslim Brotherhood stated that it would take part in a “symbolic” capacity.

The marches will begin from the Al-Rahma Mosque in Haram, the Esteqama Mosque in Giza, the Salah El-Din Mosque in Manial, the Assad Ibn Furat Mosque in Dokki, the Mostafa Mahmoud Mosque in Mohandessin, and from several mosques in the Boulaq and Bein El-Sarayat districts.

Opposition groups are set to protest against President Mohamed Morsi and the Muslim Brotherhood on Friday, but have decided to march to Al-Qobba Palace. Four major marches are scheduled to leave Al-Sheikh Kashk Mosque, Al-Nour Mosque, Al-Matarawy Mosque, and Al-Alf Al-Maskan Square.

The group of 38 parties and movements criticised the president for not delivering on opposition demands amid incidents of torture and violence by police and the injuring and killing of demonstrators.