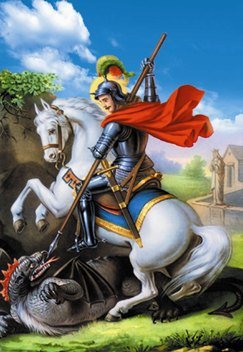 Father Mikhail of the Fayoum Archbishopric has denied the allegations of an attack on the St Mary Girgis Church in Fayoum on Friday.

Claims of an attack on the church spread via several news outlets on Friday. A group of assailants allegedly hurled stones at the church in the village of Sarsena, in the Tamiya district, in Fayoum. Allegations went on to state that the reason for the attack was a result of a three-month conflict between a Muslim family living beside a Coptic occasions house used as a general nursery. The Muslim family made a hole in the wall between the church building and their house to monitor the activities inside. The attack allegedly destroyed the cross on the dome, part of the interior, and some sacred images.

“Media Outlets have exaggerated the incident. It was a minor fight between a neighbour and the church shepheard,” Father Mikhail said.

He added: “The fight was subdued at once by neighbours at the village, and the church was not attacked or damaged.”

Attacks against churches have continued since President Mohammed Morsi was elected. According to the Egypt Copt’s Coalition founder Fady Youssef, the St Mary Girgis Church in Dahshur, 40km south of Cairo, was attacked last July by unknown assailants, while the church of Mary Girgis in Taba, Sinai, is under “continous attack”.

Last Month, street clashes between Muslim protesters and security forces erupted outside Al-Marshada Church, following a claimed sex attack on a girl by a Coptic man in Qena. The church had been attacked and a number of shops in the village were torched by Muslims who claimed that a 45 year-old Coptic shop owner assaulted a six year-old Muslim girl.