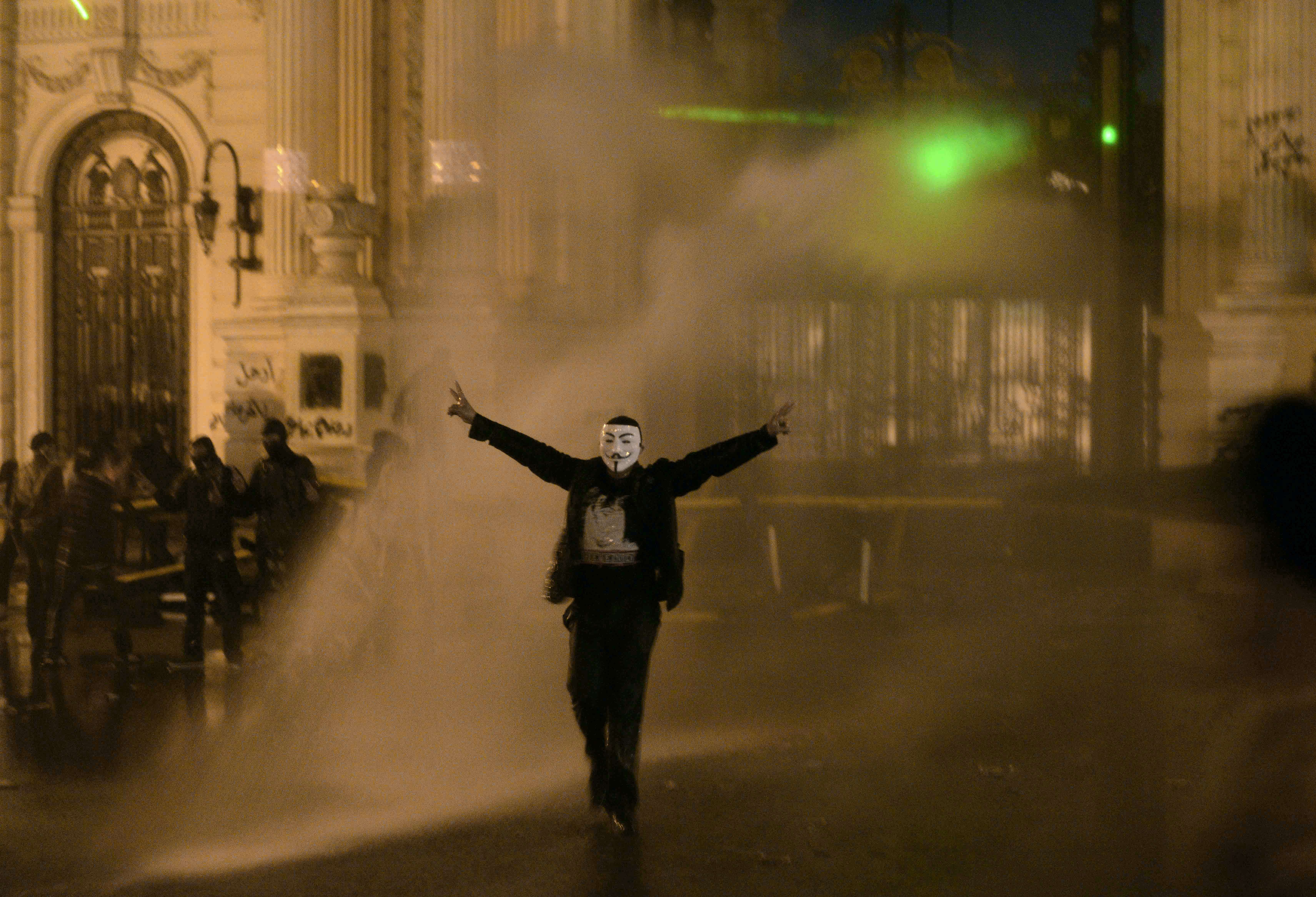 Several protests took place across a number of Egypt’s governorates on Friday, criticising President Mohamed Morsi’s rule and the Ministry of Interior.

In Mahalla, hundreds protested by the governorate building on Al-Bahr Street, where clashes broke out between them and security forces. Protesters hurled rocks and Molotov cocktails at the building and security forces, who responded by firing warning shots in the air and teargas bombs. Protesters blocked Al-Bahr Street using car tires, disrupting traffic and transportation within the city.

In Tanta, tens of protesters surrounded Gharbeya’s security directorate, chanting slogans criticising the Ministry of Interior. Security forces intensified their presence around the building; however, no violent incidents were reported.

Karima El-Hefnawy and Bothaina Kamel, members of the National Salvation Front (NSF), also led a march in Tanta to the home of activist Mohamed El-Gendy, who died 6 February after reportedly being tortured at the Gabal Al-Ahmar state security camp, demanding the punishment of his killers.

In Alexandria, protesters marched from the Al-Qa’ed Ibrahim Mosque and gathered in front of the house of detained activist Hassan Mostafa in the Moharram Bey district calling for his release. Mostafa was taken into custody three weeks ago after he went to a prosecution office to file a complaint stating that activists were being detained without following the required legal procedures for the detention and without undertaking any investigations. Mostafa argued with a prosecution secretary at the office, who held him in custody for allegedly attacking a judicial representative.

Members of revolutionary groups and political parties in Kafr El-Sheikh marched across the streets of the governorate criticising the rule of President Morsi and the Muslim Brotherhood, demanding punishment for those who killed revolutionaries. The marches came out from several mosques after Friday prayers; no violence was reported.

Port Said also witnessed protests led by families of those who were killed in Port Said during recent weeks. Protesters held photos of the victims and chanted slogans demanding the abolition of the rule of the Muslim Brotherhood’s Supreme Guide and criticising the Ministry of Interior.

A small protest was also held in Al-Mamar Square of Ismailia, where protesters gathered after Friday prayers chanting slogans criticising the Muslim Brotherhood and Morsi’s rule in Egypt.

The 6 April Movement in Menufiya led a march calling for the dismissal of the government and the sacking of the prosecutor general, the dissolution the Muslim Brotherhood, and the staging of early presidential elections. The march came out from Al-Ansary Mosque after Friday prayers and roamed most of the governorate’s streets.