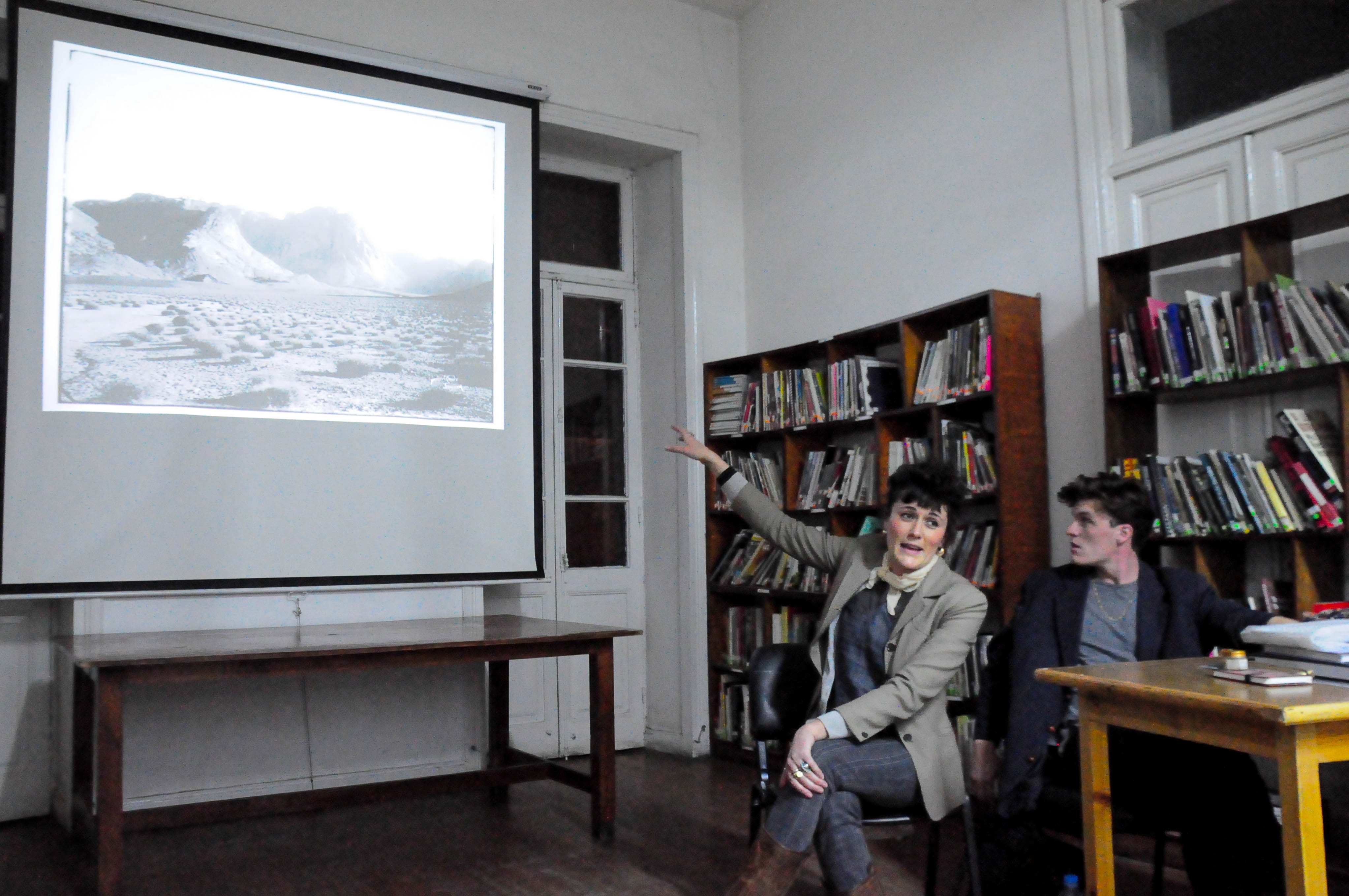 Sinai has long been a popular destination for Egyptians and foreigners alike. From Saint Catherine’s Monastery to Sharm El-Sheikh, Sinai is filled with historical and recreational sites offering timeless beauty where travellers can forget about the stress and demands of modern life.

Artist Bryony Dunne visited Sinai for a short research trip in coordination with UNESCO, but ended up living in the mountains of Sinai for eight months. The Irish artist returned to Cairo as a resident at the Townhouse Gallery with a photography and experimental film project that tells the story of the Gabaliya tribe and their network of orchard gardens in the mountains of South Sinai.

“The film is currently being edited in Cairo,” Dunne explained during a recent talk in Townhouse Gallery about her project. “Living within the community for such a period of time gave me a privileged view of Bedouin life. That I was a foreigner living in Sinai at a time when travel to the region was regularly advised against, made me determined to provide a truthful account of life within this suddenly notorious region, in opposition to general media coverage,” she said.

“The film and photographic project offers a unique account of the rich culture of an area too long neglected, focusing on the diverse ecology of Sinai’s mountain gardens which I approached with innocent, wide-eyed wonder. The story that is uncovered is one of inestimable importance to Egypt and the wider region,” she added.

During her talk, Bryony showed photos and a few minutes of her film about the people of the Gabaliya tribe. One of the film’s key characters is Amriya, who Bryony described as “born to be a natural star in a community that does not accept women appearing in front of cameras”. The 70 year-old woman left her family when she was a teenager to live in the mountains and look after her garden, where she still works despite her age.

After the film extract was screened, the audience were able to comment and ask the artist questions. Dunne said the film should be ready by the end of the month but finishing the subtitles in both English and Arabic, as the Bedouin dialect may not be clear to all Arabic language speakers, will probably take another month.