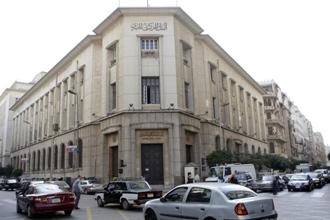 Officials at the Central Bank Egypt said that Bank is fully prepared to contribute to the investigation of the transfer of funds made before and after the revolution out of Egypt, and to assist in the investigations of financial corruption.

They added that the new governor Hisham Ramez seeks to strengthen cooperation with the investigation of all circumstances and financial crimes committed before and after the revolution, as long as it is not in conflict with the law on confidentiality procedures.

Some people criticised Central Bank policies after the 25 January Revolution, and that it had been helped by Egyptian banks to help businessmen to smuggle their money deposited in banks abroad, something which has been denied by Ramez since he was the Deputy Governor of CBE.

The officials added that the majority of the smuggling of funds both before and after the revolution was done without the knowledge of the banking system, confirming that the banking sector is innocent and clean of these crimes.

But sceptics criticised the banking system last September after allegations of smuggling funds were directed at some leading figures within the banking sector from the Financial and Economic Committee of the Shura council.

The Freedom and Justice Party (FJP) member of parliament, Ibrahim Saleh, said that the former governor of the Central Bank, Farouq Al-Oqda, as well as the National Bank of Egypt’s (NBE) former directors, Banque Misr’s former directors, and Banque du Caire’s former directors were all directed by the policies committee and its head Gamal Mubarak, and that they were tasked with implementing the committee’s policies, disguised as banking reforms, which enabled the smuggling of money.

Officials at the Central Bank said that the Bank has cooperated with the investigating authorities after the revolution, despite the fact that often the public prosecutor’s decisions were not clear or specific.

They also added that investigators must take into consideration the country’s secrecy laws when taking any decisions regarding this issue, but also that they should implement the necessary legal steps to disclose these accounts.

Also mentioned was that a clear and specific formal request not conflicting with any banks act, will facilitate the work of the two sides, which will prevent conflicts of interest and will motivate the bank to do what is required. After the revolution, the Central Bank has received hundreds of applications from investigators about businessmen, former members of parliament, former ministers, and those who held government posts during the Mubarak-era. The Central Bank has implemented some of these, while others have been rejected until the completion of the necessary legal procedures.

The government has sought for a long time to investigate accounts belonging to some members of the former regime, but often standing in the way of these investigations are the country’s secrecy laws, Article 1 of which states that: “All customer accounts and deposits and their honesty and any replacement in banks, as well as related transactions are confidential and may not be available or give data, directly or indirectly, except with written permission from the holder of the account or deposit or the Secretariat or the Treasury or one of his heirs or legatees, all or some of these funds, or of the legal representative or proxy of the Commissioner or the Court or arbitrators and ban provided for in the preceding paragraph to all persons, including those authorised by law the authority to access or obtain data sheets or unauthorised disclosure of confidential in accordance with the provisions of this law, the embargo remains valid even if the relationship ended between the client and the Bank for any reason.

The sources confirmed that Government reconciliation with members of the former regime is the ideal solution for ascertaining the actual amount of money that will be after the settlement is accused of issuing the written permission of the investigating authorities to detect bank accounts.

Meanwhile the officials ruled out the possibility that the Central Bank will be able to recover the funds because it is not a diplomatic channel and not judicial authority exercised its powers.

A senior official said: ” “We are not the central bank to these foreign banks to force them to reveal the assets of the former regime after the revolution or even before the revolution.” She noted that the Bank’s role would be limited to providing advice to government agencies working on these cases, aware that the Bank carries little weight abroad and will struggle to apply international pressure.

She explained that there are great difficulties for Egypt in recovering these funds as government agencies are unable to conduct their investigations properly because the many banks refuse to disclose their existing accounts belonging to businessmen and former officials in the Mubarak regime.