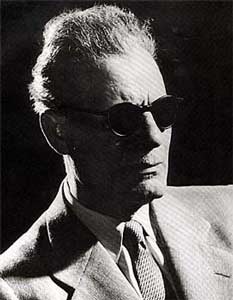 On Friday morning the inhabitants of Minya woke to find the statue of Taha Hussein missing.

The statue, displaying the head and shoulders of Taha Hussein, is set on a triangular granite base and has been standing in a square on Minya’s Corniche Street for more than 10 years. It is considered to be one of the city’s main tourism sites.

Security and governmental efforts have been made since Friday to find the vanished bust, but at time of print it had not been located. Local intellectuals expressed their disapproval of the incident.

Ahmed Abu-Bakr, a board member of Minya’s Intellectual Club, condemned the poor security performance and subsequent efforts. “Although Minya is a quiet and peaceful city, police forces should secure tourist sites like Taha Hussein square,” he said. “We strongly condemn this unpleasant incident. Today they stole the great thinker’s statue; only god knows what tomorrow has in store for us.”

Abu-Bakr does not suspect any specific group of being responsible for the theft. “It may be random robbers, junk dealers or even fundamentalist Islamic groups,” he added.

The famous Egyptian thinker and writer Taha Hussein was born in the village of Ezbet El-Kilo in Minya governorate in 1898. In 1950, Hussein was appointed Minister of Knowledge and Education. In a well-known quote he stated that “education is like air and water”, reflecting his position on the critical nature of good schools in Egypt.

Hussein was known for his modern philosophical and religious approach, which caused many controversies during his lifetime. He is still criticised by a number of Islamist fundamentalists and Salafis.

Hussein died in 1973 and his statue was placed in Minya to commemorate his contribution to Egyptian culture and to mark his significance as one of the governorate’s most prominent figures.