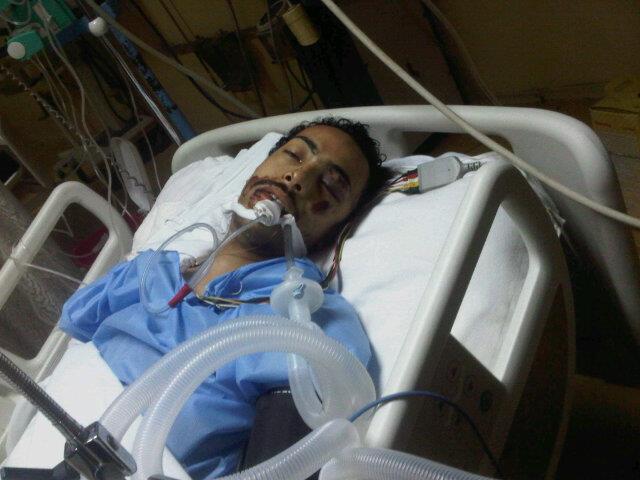 The justice ministry’s Forensic Medical Authority (FMA) concluded in an official report, Tuesday, that El-Gendy’s death was the result of a car accident, and not torture at the hands of police.

The lawyers requested mandating a tripartite committee to reevaluate El-Gendy’s medical report, said Mohamed Abdel Aziz, one of El-Gendy’s lawyers. Their request for a copy of the medical report has been granted.

However, the Popular Current stated that the victim’s family, or their representatives, is allowed, according to the law, to receive a copy of the report.

“He said he believes it is more likely El-Gendy sustained his injuries due to a car accident,” Abdel Aziz said.

Sherif Al-Behairy, the sole eye-witness to El-Gendy’s alleged torture, visited Al-Gabal Al-Ahmar Central Security camp with the prosecution on Wednesday, where El-Gendy was allegedly tortured, reported state-owned Al-Ahram. Al-Behairy told Al-Ahram that he was unable to recognise the buildings to which he was permitted entrance.

He wasn’t granted access to a single familiar building which he believed might have been the one where he saw El-Gendy being tortured, Al-Behairy added.

El-Gendy, a political activist and Popular Current member, disappeared on 28 January and was found in a coma at Al-Helal Hospital in Downtown Cairo two days later. He suffered from a brain hemorrhage and a cracked and bruised skull. He died a few days later. The hospital claimed El-Gendy was admitted on 27 January after suffering injuries from a car accident.