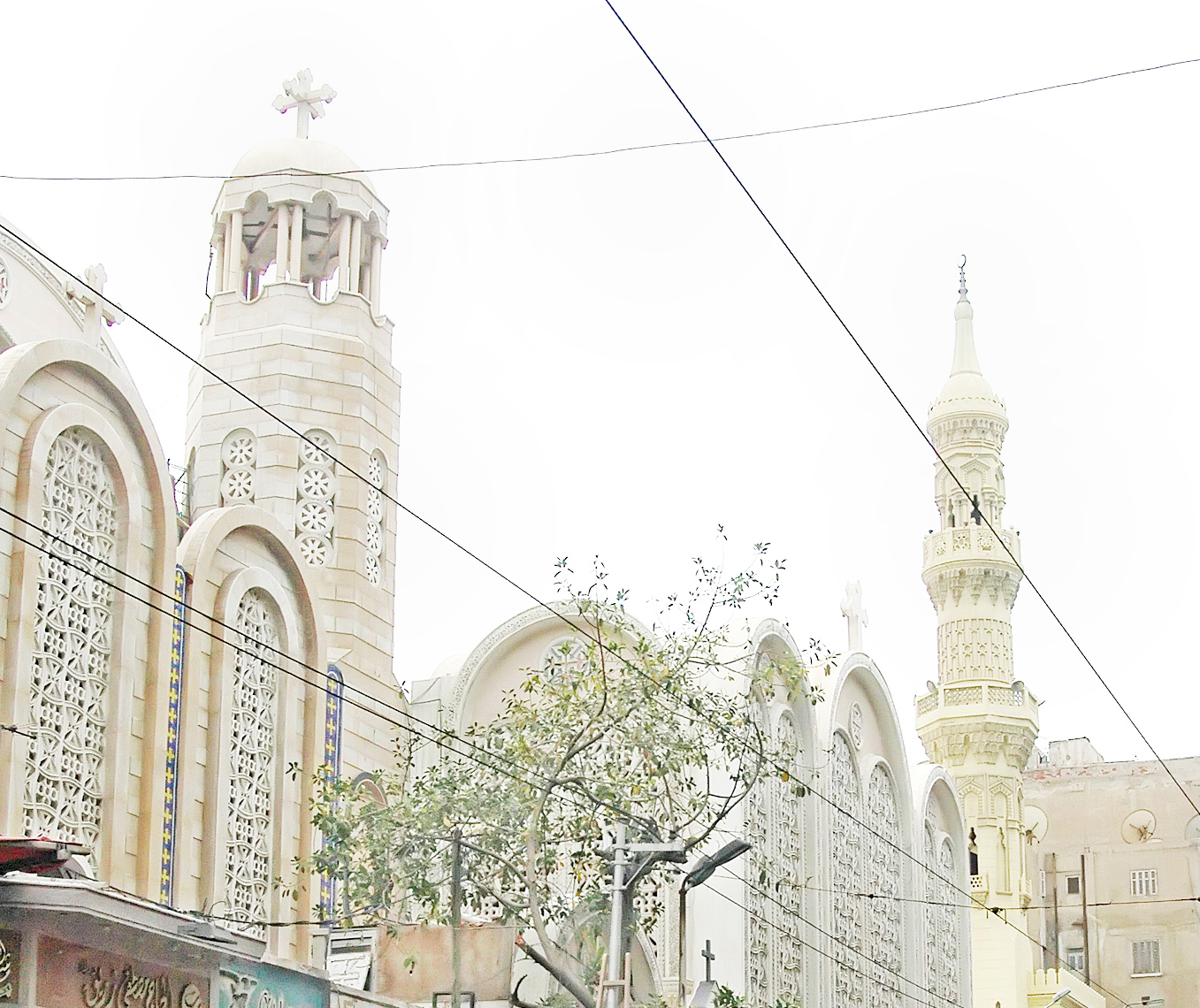 The residents of Sarsena, a small village northeast of the capital of the governorate of Fayoum, denied reports that an altercation escalated into sectarian strife this past weekend.

“We deny the false reports that Muslims attacked the church,” said Farag Abdel Messih, a Christian living in an apartment adjacent to Mary Guirguis church. The church serves the Coptic Christians of Sarsena and surrounding towns.

“We don’t have sectarian problems here,” said Mohamed Abdel Hamid, a Muslim neighbour. “This is the countryside. It’s not Cairo or Alexandria.”

Abdel Hamid, who lives next to the church, said that the people of the two faiths have peacefully coexisted for a long time, pointing to the fact that they all live around each other, as opposed to drifting into segregated quarters.

Security officials in the area and villagers all denied that Molotov cocktails were used to burn parts of the church and that locals had attempted to storm the building after Friday prayers.

The dome which reports stated had been partially destroyed and burned appeared to be intact on Sunday morning, when Christians attended their weekly Sunday liturgy. The outside of the church did not bear signs of burning or recent destruction.

Father Mikhail of the Fayoum diocese told Daily News Egypt on Saturday that an attack on the church had been exaggerated and that rumours spread after a minor fight between a neighbour and person at the church broke out.

He added that the fight was quickly resolved and the event passed without incident.

State security and the Fayoum diocese did not permit journalists to take photographs of the church or allow them to enter to confirm alleged damages sustained to the interior of the structure.

Sectarian strife has escalated during the last two years throughout different parts of Egypt.

Attacks against churches have continued since President Mohamed Morsi was elected. According to the Egypt Copt’s Coalition founder Fady Youssef, the Mar Guirguis Church in Dahshur was attacked by unknown assailants last July, while the church of Mar Guirguis in Taba, Sinai, is under “continuous attack”.

Last Month, street clashes between Muslim protesters and security forces erupted outside a church in Al-Marshada, following a claimed sexual attack on a girl by a Coptic man in Qena. The church had been attacked and a number of shops in the village were torched by Muslims who claimed that a 45-year-old Coptic shop owner assaulted a six-year-old Muslim girl.