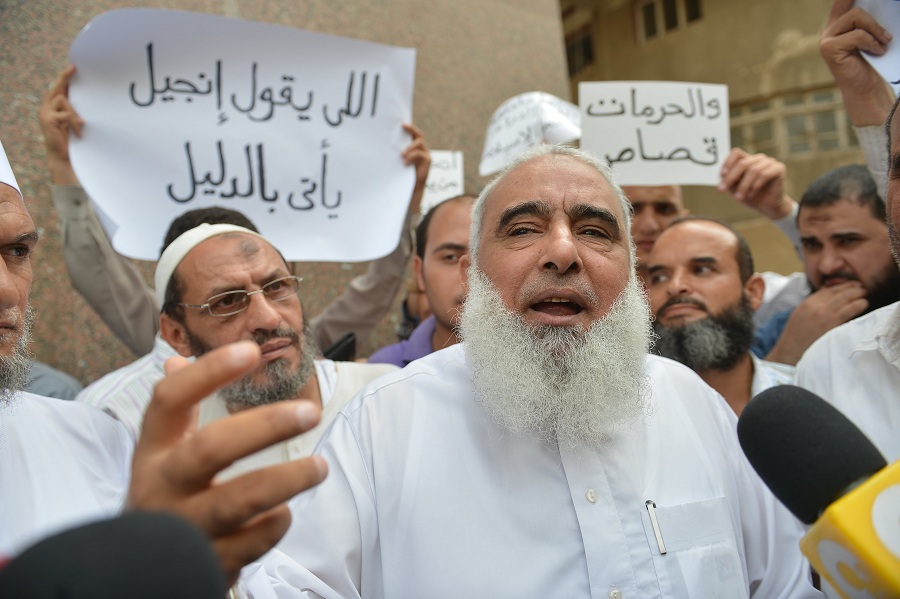 The state prosecution authority ordered the detention of Islamist preacher and TV anchor Abu Islam on Sunday, in order to investigate him on charges of contempt of Christianity.

The order was issued by Kamal Mokhtar, from the prosecutor general office, after several complaints were filed against the preacher.

Abu Islam previously appeared in a video broadcast by the Umma TV channel, where he tore the Bible apart while participating in a protest in front of the US embassy in Cairo in reaction to the “Innocence of Muslims” film. Abu Islam said he does not recognise the Bible as a holy book.

“I didn’t burn the Bible, there is no book on the face of the earth called the Bible from the Quran’s and the prophet’s point of view,” he said.

In reaction to the video, several complaints were filed against Abu Islam, charging him with contempt of Christianity. Following the complaints, Abu Islam was referred to trial three months ago, but a verdict is yet to be issued by the court.

Abu Islam is the first Muslim to face charges concerning contempt of Christianity in Egypt. Azziza El-Taweel, an Egyptian lawyer, explained that all previous contempt of religion cases were filed against Christians or Muslims accused of insulting Islam.

“The most remarkable thing about this case is that is the first actual legal movement towards the punishment of a person for insulting Christianity,” explained El-Taweel.

In a Youtube video broadcast published on 1 February, Abu Islam commented on the sexual harassment incidents that took place in Tahrir Square on the second anniversary of the revolution, describing women who were harassed as “fighters for the devil”.

Abu Islam claimed that men committing harassment could be converted to Christianity, as in his opinion harassment incidents are frequent in churches.