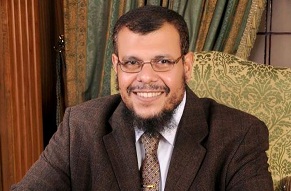 Khaled Alam Eddin, who was the president’s advisor for environmental affairs, was dismissed by the presidency on Sunday following a report that the advisor had exploited his position.

Alam Eddin held a press conference on Monday in which he denied the accusations lodged against him, calling them politically motivated attacks. He demanded that Morsi apologise to him personally and proceeded to cite various occasions when the presidency failed to provide him with adequate support to distance himself from the accusations.

Alam Eddin pointed to an article entitled “The Egyptian revolution is between failure and hope” in which he criticised Prime Minister Hesham Qandil’s cabinet’s lack of initiative regarding issues of corruption and development. Recently Alam Eddin also made statements critical of the Muslim Brotherhood.

Al-Nour Party spokesman Nader Bakkar told reporters at the press conference that the presidency denied accusations against Alam Eddin and that it was preparing an apology for his dismissal.

However, Mohamed Fouad Gadallah denied that the presidency was preparing to apologise, saying Alam Eddin was dismissed because he worked in a manner that made him a “source of suspicion”.

Bakkar insisted that Gadallah had personally apologised to senior member of the party Ashraf Thabet, and promised an investigation into reasons behind Alam Eddin’s dismissal.

“If the presidency dismisses people due to suspicions, the president himself should submit his resignation under suspicion of the involvement of some of his subordinates in the deliberate killing of protesters,” said Bakkar on his Twitter account.

Al-Nour has engaged in dialogue with the National Salvation Front (NSF), Islamist parties, and the presidency amidst a highly polarised political climate. The party announced that it agreed with the NSF at the end of January in calls for a “national salvation government”, the legal appointment of a new prosecutor general, and the creation of a constitutional amendments committee. The two sides met again this week.

Al-Nour leaders also met with the president last week to discuss their initiatives. The presidency promised they would be brought up in upcoming national dialogue sessions between prominent politicians and party heads.

Morsi named 21 presidential advisors at the end of August following his election victory. Following the two most recent departures, only ten of the original 21 members remain on the presidential team.