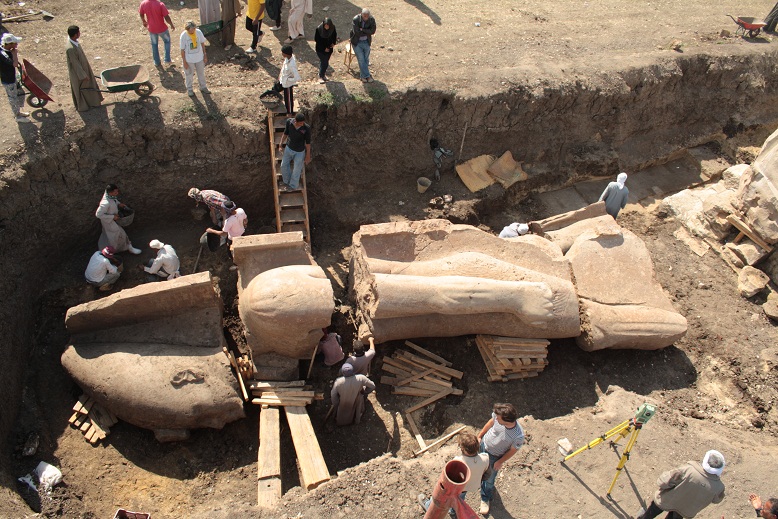 On Monday the Ministry for Antiquities begins moving the huge blocks of Amenhotep III statues in Luxor. The statues were recently rediscovered on privately-owned agricultural land in the Kom Al Hitan region.

The Minister of Antiquities, Dr. Mohamed Ibrahim, said that the relocation of the statues will take two days after which restoration work will commence. The procedure will hopefully restore the statues to their original state.

A rare engraving found on the back of one of the statues will be used as guide. The engraving shows the same statues in a standing position, giving modern day workers a clear image of what they should look like.

Once the restoration process is complete, the statues will be put on public display. In addition a special project is planned to light the statues and turn them into a touristic attraction in their own right.

The statues are some of the tallest found and they show the Pharaoh in a standing position. Each statue is about 14 metres high and weighs close to 100 tonnes. Once they are restored the statues will be put on a four metres high pedestal, boosting their final height to 18 metres.