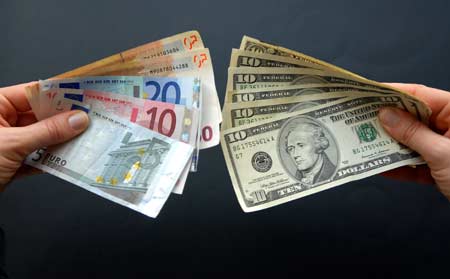 Egypt’s trade deficit reached EGP 21.53bn last November, up 28.8% from November 2011, according to the Central Agency for Public Mobilisation and Statistics (CAPMAS).

CAPMAS attributed this drop to a decrease in the value of some export products such as oil, oil products, ready-to-wear garments, carbon, wax and metallic products.

At the same time, imports increased by 14.4%, reaching EGP 36.40bn in November 2012, compared to EGP 31.81bn for the same month last year, due to an increase in the value of some imported products like wheat, plastics and vehicles.

Ahmed Shiha, head of the importers’ division at the Cairo Chamber of Commerce, said that the increase in the price of the dollar by more than 20% inflated import prices. “I think all the increases are due to the rise in the exchange rate,” he said.

Shiha added that the prices of all products were affected by these changes in the exchange rate, including spare parts, production tools, and raw materials.

Commenting on whether the increase in the price of the dollar will lead to a decline in imports and thus stem the trade deficit, he said this was not an accurate prediction, and that prices would inevitably increase, because “if imports are not entering the country through legitimate channels, they will be smuggled in”.

The problem, according to Shiha, was the failure of the country’s economic administration to attract investments into the country and to provide a steady supply of foreign currency.

Hamdy El-Najjar, head of the general importers’ division, disagreed with Shiha: “The dollar price rise started only a month ago; it therefore couldn’t have influenced the trade deficit.”

He added: “We should be optimistic because the percentage increase in the price of the dollar since the revolution is quite reasonable; the problem is that it happened during a very short period, and this can be explained by the security situation and the political instability.”

El-Najjar said that whenever the price of the dollar inches up, importers worry that the rise will affect demand for their products, and so they adopt a “wait-and-see” approach to test the market, before they start importing with the new prices.

He confirmed that the supply of dollars injected into the market by the Central Bank of Egypt is very limited, and that the gap between the official price and the black market price is getting wider.