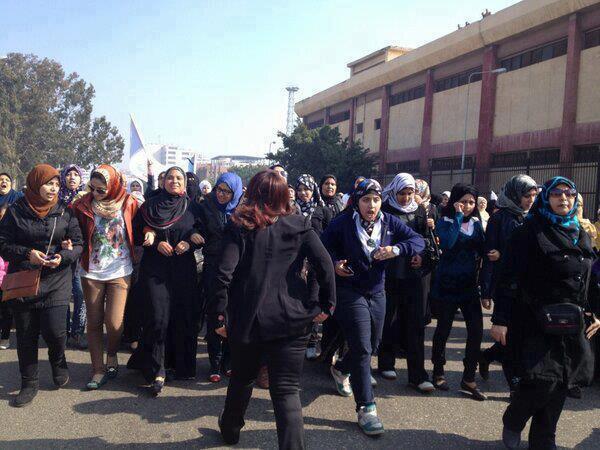 The decision came as a response to the demands of protesters in Port Said who continued their campaign of civil disobedience which began on Sunday.

“The governor is collecting money for the families of those who died in the clashes; until now EGP 35,000 has been allocated to each family,” said Ayman Serry, manager of the Port Said governor’s office.

The governorate of Port Said, the Ministry of Insurances and Social Affairs and Port Said investors’ association are among those who contributed to the fund.

Abdallah stated that Mekki ordered the judge to start investigations immediately and to summon all security officials in the governorate, reported state-owned Al-Ahram.

Representative of Port Said in the Shura Council Hussein Zayed performed a sit-in at the council on Monday in protest against inaction by the presidency to help solve Port Said’s problems.

Zayed, who is also the assistant secretary general of the Al-Wasat party, stated that he had presented suggestions to President Mohamed Morsi, Prime Minister Hesham Qandil and the Port Said governor to solve the city’s problems, but they were all ignored.

He said he will not end his sit-in until these problems are addressed and solutions are made that would benefit the people of Port Said, according to state news outlet EgyNews.

Marches had swept Port Said early on Sunday, responding to calls for civil disobedience in the governorate. Hundreds of workers closed down their factories and joined the protesters.

“The protests marked the closest that the chaos in Egypt over the last two years has come to threatening the operations of the Suez Canal, an artery of shipping critical to both international commerce and the battered Egyptian economy,” the New York Times reported on Sunday.

Chairman of the Suez Canal Authority Mohab Mamish released a statement stressing that Suez Canal operations were not affected by the events.

Some demonstrators called for justice for protesters killed during clashes on 26 January.

More than 30 people died in the clashes after Port Said Criminal Court sentenced 21 people to death for killing 74 football fans in February 2012; the remaining defendants will be tried on 9 March.

Other governorates including Alexandria, Ismailia and Cairo organised marches on Monday in solidarity with Port Said’s civil disobedience.