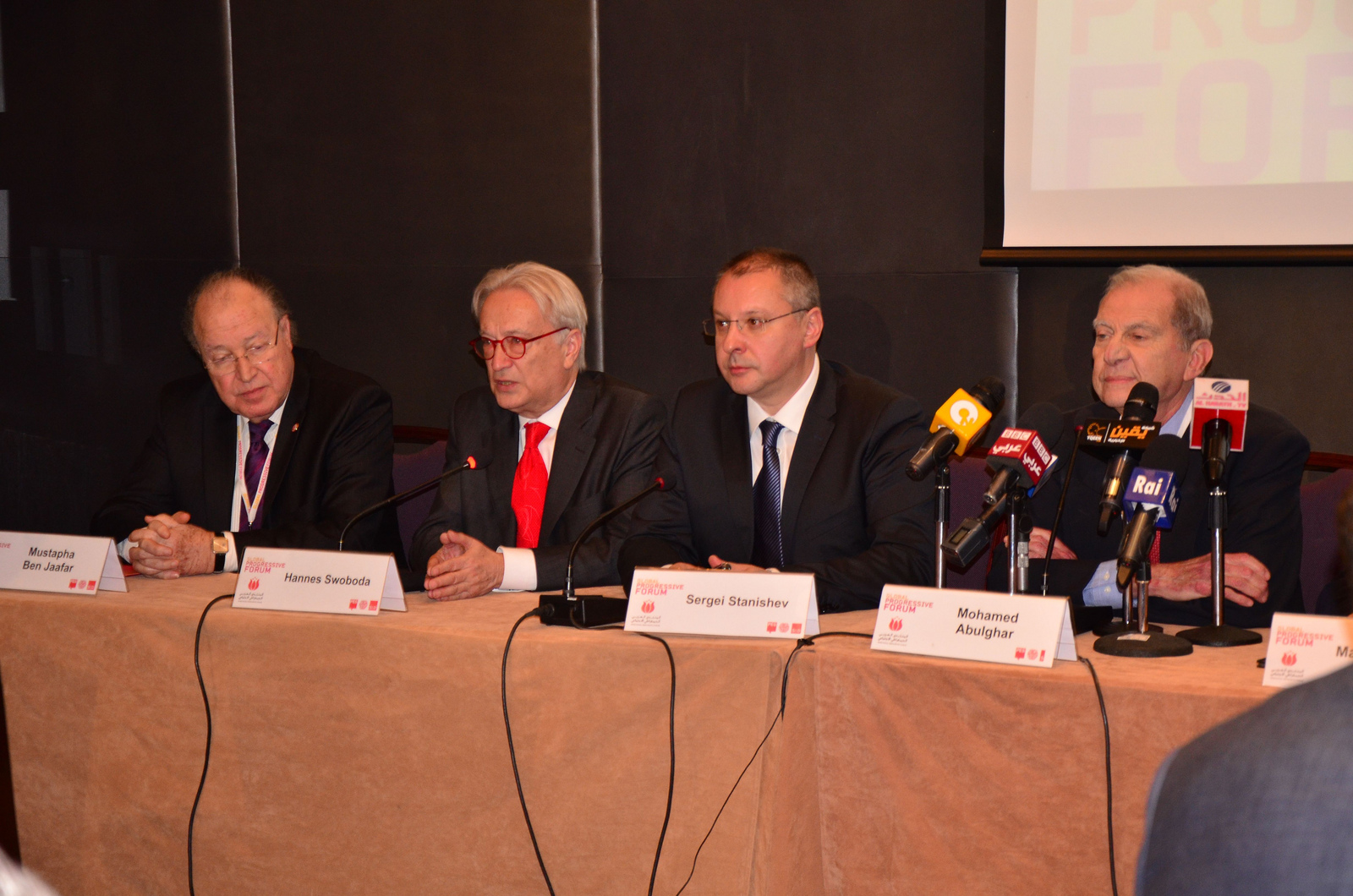 The Egyptian Social Democratic Party (ESDP) has been accepted into the Party of European Socialists (PES).

The decision was announced on Monday on the PES website, saying that it “comes at a crucial time for progressive forces in Egypt and the Arab world”.

The president of the PES, Sergei Stanishev said that he is proud to have EDSP join them. He added: “This is a big step in improving links between progressive forces on both sides of the Mediterranean.”

He praised EDSP leader Mohamed Abul-Ghar, stating that under his leadership “the EDSP has contributed to political change and is a credible and strong voice in defence of our common progressive values”.

Abul-Ghar said he was “extremely heartened by the decision”, adding that this new political partnership “will help us prepare for the upcoming elections”.

“Our shared experience will considerably strengthen our hand,” he said.

Stanishev observed: “Democratic transition is not a one-day switch, and after two years, the Egyptian revolution is in danger.” He said, the “ESDP knows that the people of Egypt want to return to the true spirit of the revolution”.

The PES president also said the upcoming parliamentary elections “must be used as an opportunity to restore national dialogue to respond to the demands of the people and avoid the dangers of polarisation and extremism”.

The decision to accept the ESDP into PES came following the acceptance of the Tunisian Ettakatol and Palestinian Fatah parties in 2012. Both of these parties have observer status in the PES. It was not clarified what the status of the EDSP would have within the PES structure.

According to their website, the PES has been “actively promoting progressive democracy in the region” since 2010. They have organised four international conferences in Egypt, Jordan and Tunisia and has set up a permanent taskforce for the Arab Spring.

The ESDP is also a member of Egypt’s largest opposition bloc, the National Salvation Front.