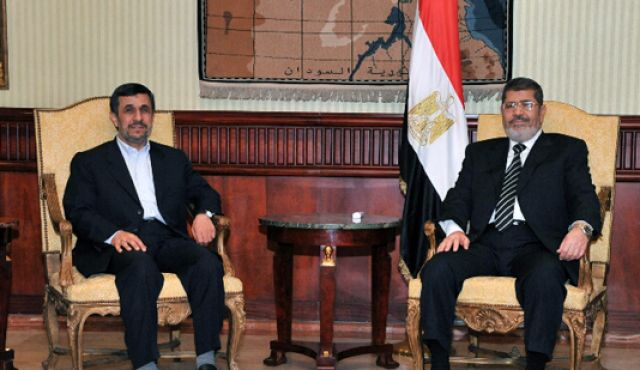 Iran’s foreign ministry spokesperson Ramin Mehmanparast has said Egypt’s proposed plan for a solution to the Syrian civil war is closely aligned with that of Iran. The statement was made during a weekly press briefing, the state-run Islamic Republic News Agency reported.

Mehmanparast said Iran would be considering the plan before submitting its final views to Egyptian officials. He noted that during the Organisation of Islamic Cooperation (OIC) ad hoc summit held in Mecca last year President Mohamed Morsi had proposed the creation of the Syrian quartet, comprising of Iran, Egypt, Saudi Arabia and Turkey.

While the quartet has held three meetings thus far, Saudi Arabia has not sent a representative since it attended the first meeting. Talks have since then stalled.

In the last OIC summit, held in Cairo, Morsi met with the Turkish president Abdullah Gul and Iran’s Mahmoud Ahmadinejad. In the meeting Morsi discussed with his Turkish and Iranian counterpart ways in which they could end the conflict. During the summit, Morsi said the situation in Syria was “painful” and that foreign ministers continued to discuss possible scenarios to end the violence.

The details of Morsi’s “solution” are currently unknown, but the president has promised to announce “these procedures once they are finalised, and hopefully it won’t take long”, he said.

During his last meeting with the Turkish prime minister Recep Tayyip Erdogan, Morsi said all meetings with Iran so far have revolved around the Syrian crisis.