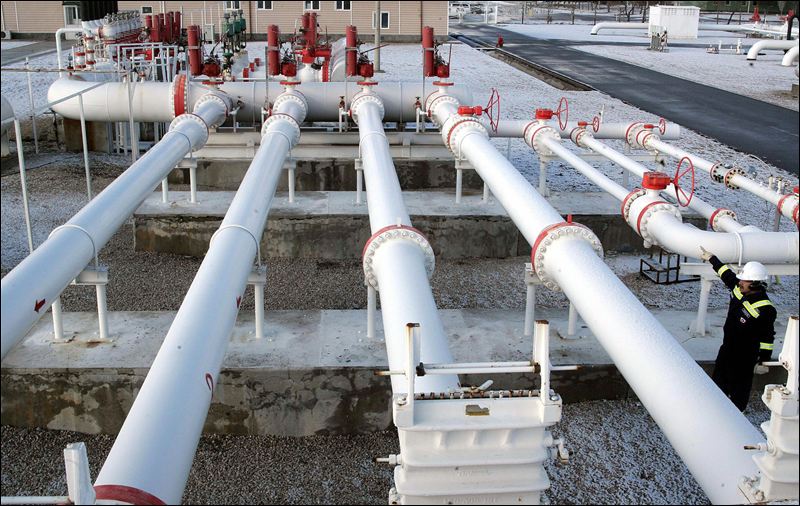 (AFP)  Turkey is defying Washington and Baghdad in developing a broad energy partnership with Iraqi Kurds as it pushes to secure affordable oil and gas supplies to fuel its rapid economic growth.

Analysts say the move could also establish the country as a regional energy hub, but risks aggravating tensions in the powderkeg region and damaging ties with the United States, its major ally.

Ankara had initially refused to engage in official contacts with Iraqi Kurds, fearing that the establishment of an independent Kurdish state there could embolden its own Kurds, some of whom have waged a nearly three-decade insurgency.

But as Turkey’s economy has boomed, it grew by more than 8.0 percent in 2010 and 2011, and its thirst for energy grown, Prime Minister Recep Tayyip Erdogan has moved gradually to forge trade ties with Iraqi Kurds.

In a major deepening of those ties, Turkey and Iraqi Kurds have reportedly agreed recently to build a natural gas pipeline to transport at least 10 billion cubic metres of gas annually.

That represents over a fifth of Turkey’s current consumption.

Turkish officials have refused to publicly confirm the project that threatens to aggravate a dispute between Baghdad and the autonomous Kurdistan region over control over energy resources.

The burgeoning energy ties are raising eyebrows in Washington, where there are concerns that they could tip the volatile country towards disintegration and push an increasingly isolated Baghdad into Iran’s embrace.

But “if Turkey and Iraq fail to optimise their economic relations … there could be more violent conflict in Iraq and the forces of disintegration within Iraq could be emboldened,” he warned.

“…and that would not be good for Turkey, the United States, or anybody in the region.”

Turkey has already ruffled Washington’s feathers by continuing to import Iranian (oil and gas) despite US efforts to isolate Tehran over its alleged nuclear weapons drive.

But Ankara has remained defiant, supporting Iraqi Kurdistan’s right to use part of its energy resources as it sees fit.

Erdogan said the regional Kurdish government “is free to use this right with whichever country it wants and we are their neighbour.”

Analysts say energy-hungry Turkey’s dependence on expensive energy imports from Iran and Russia are pushing it to find cheaper sources, and northern Iraq appears to be the best provider.

“Iraqi sources are the cheapest and it is a way for Turkey to diminish its energy dependence,” Mete Goknel, former director of Turkey’s state-owned pipeline company Botas, told AFP.

According to the US Energy Information Administration, Turkey has been importing about half of its crude oil from Iran, although this is likely to fall given international sanctions on Tehran.

In 2011 Turkey was importing nearly 60 percent of its natural gas from Iran, with a fifth coming from Russia.

“Turkey depends on Russia and Iran on energy and if both countries close the tap, the Turkish economy will tank,” said an energy expert who asked to remain anonymous.

This imported energy has been responsible for a large part of Turkey’s trade deficit, which threatens to crimp expansion.

“It would be more advantageous for Iraq to ship its gas to western markets through Turkey versus the more expensive shipping lane, the strait of Hormuz,” he said.

A decision is expected within months on the route of a separate pipeline to ship natural gas from Azerbaijan via Turkey to Western Europe.

But Baghdad appears intent on dashing Ankara’s designs to become a regional energy hub, blocking Turkish efforts to step up their presence in Iraqi Kurdistan.

In November, Baghdad blocked Turkish national energy firm TPAO from bidding for an oil exploration contract, a decision which Erdogan said was not “smart business”.

And in December, Baghdad barred a plane carrying Turkish Energy Minister Taner Yildiz from landing in Arbil as he was reportedly on his way to seal the much-speculated energy deal.

A Baghdad-controlled oil pipeline that goes to Turkey operates well below its capacity to transport 70.9 million tonnes per year.

Sunni-majority Turkey is also at loggerheads with the Iraqi government of Shiite Prime Minister Nuri al-Maliki over a number of issues including Ankara’s refusal to extradite fugitive Vice President Tareq al-Hashemi.

Despite the difficulties Turkish trade with Iraq has grown rapidly, from $2.8bn in 2007 to $10.7bn last year.

Iraq is now Turkey’s number two trade partner following Germany, with most of that trade with the Kurdish region.

More than 1,000 Turkish companies are currently operating in northern Iraq, and they are optimistic Iraq could become Turkey’s top trade partner as soon as this year.

The Iraqi Kurds, who for long sheltered PKK rebels, could hold the key to peace.

And peace with the rebels would likely further increase the attractiveness of Iraqi Kurdish energy resources for Turkey, say analysts.

“I see Turkey’s relationships with Iraqi Kurdish leaders to be one of the bright new elements in regional affairs,” said Ross Wilson, director of the Dinu Patriciu Eurasia Center at the Atlantic Council in the United States.