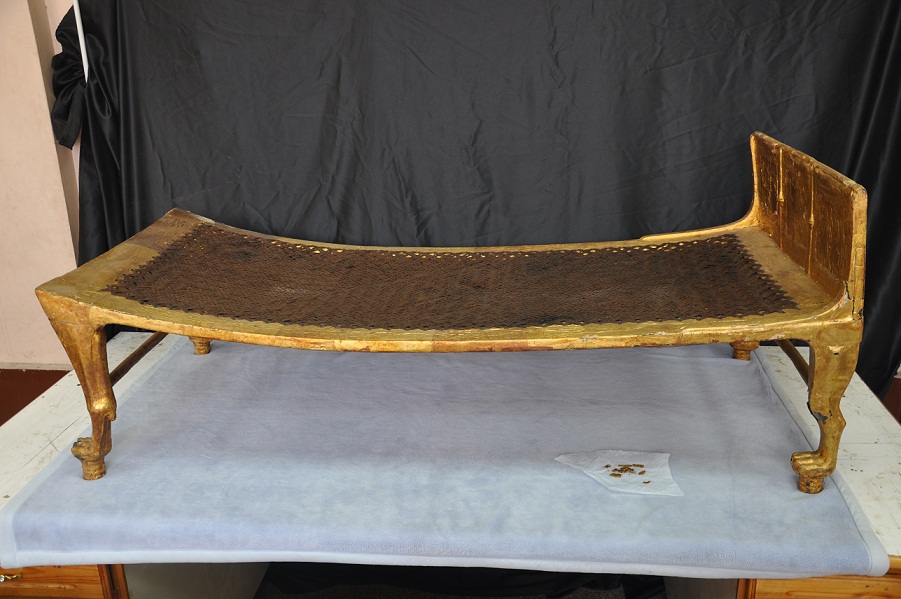 In the next few days the Grand Egyptian Museum, the new museum of antiquities under construction on the Giza plateau, will receive five artefacts from the tomb of Tutankhamon. The items returned to Egypt in Januray 2013 after being on display in the United States and Japan.

The artefacts will be moved from their current storage location in the Egyptian Museum near Tahrir Square and brought to the Grand Egyptian Museum under strict security measures.

The five artefacts are a golden wooden bed, a wooden box and three models of ceremonial boats. Once any necessary restoration has been carried out, the items from the tomb will be exhibited in the 7500 square metre showroom dedicated to artefacts from Tutankhamon’s tomb.

The new exhibition room is seven times larger than the area currently dedicated to Tutankhamon’s legacy at the Tahrir museum.