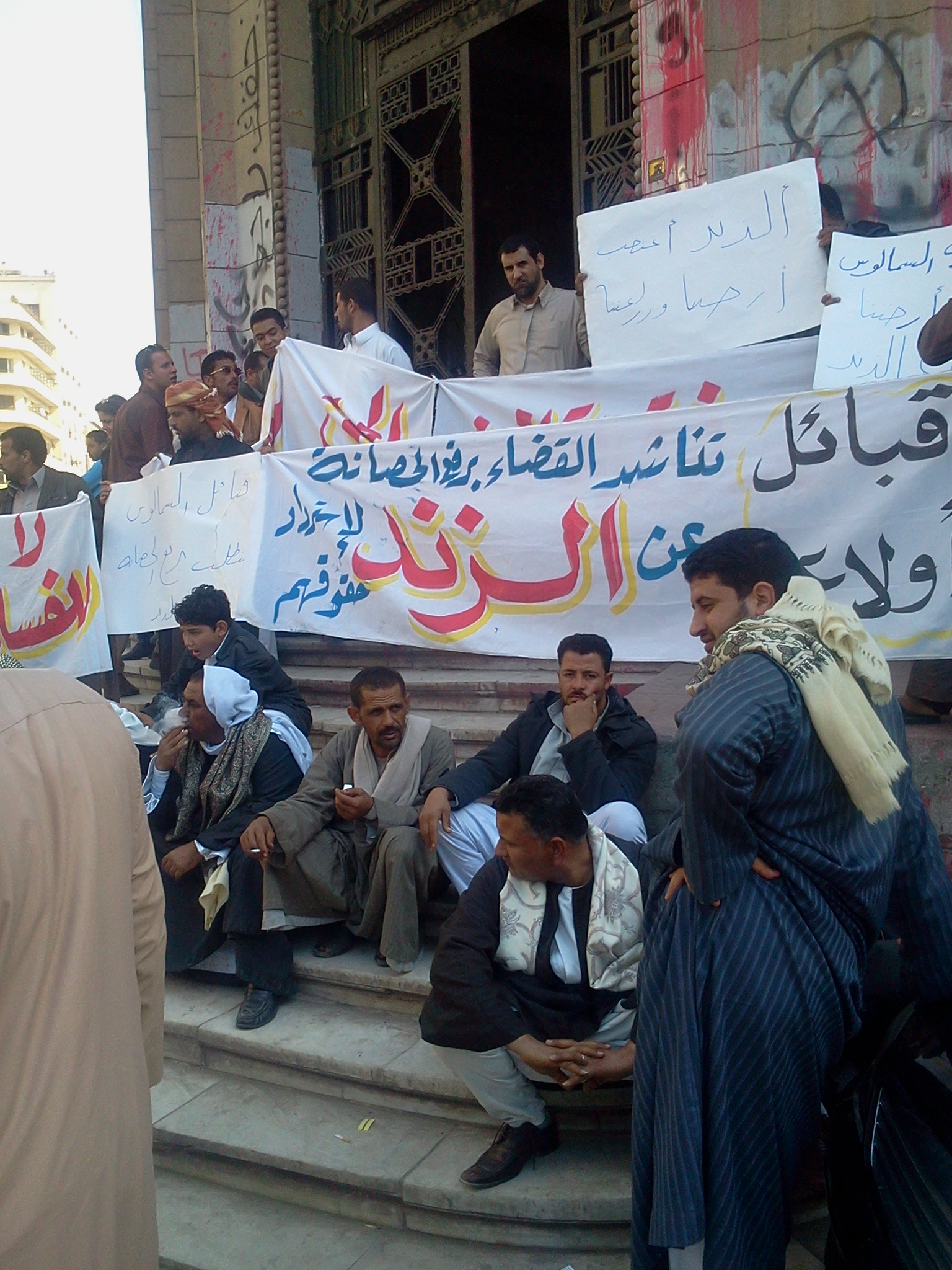 Members of the Awlad Ali tribe protested on Wednesday in front of the Prosecutor General’s office, demanding that Judge Ahmed El-Zend, head of Egypt’s Judges Club, has his judicial immunity removed.

The tribe members accuse El-Zend of illegally seizing 400 feddans of their lands. As he has judicial immunity, they are currently unable to sue him.

Sarhan El-Bayomy, a protester from the tribe, said that the lands seized by El-Zend are agricultural lands located in Matruh. He said that El-Zend took the lands by force in 2008 after crops began to grow there. He added that the land was a desert until the El-Sheikh Zayed canal was constructed, providing water for agricultural irrigation.

El-Bayomy claimed that members of the tribe have official documents proving their ownership of   the lands.

Abdel Fatah Abdel Aziz Mo’men, head of the Awlad Ali tribe, met with prosecutor general Tala’at Abdallah at the time of the protest. Protesters held signs calling for El-Zend’s judicial immunity to be removed and accusing him of fraud.

Mo’men did not give details on his meeting with Abdallah. He said that Abdallah told him the final decision regarding El-Zend’s immunity would be taken in one week, as investigations are still ongoing.

On the timing of the protest, Mo’men explained that the former prosecutor general, Abdel Meguid Mahmoud, was a personal friend of El-Zend and so he would not have taken action against him.

Mo’men added that 15 members of the tribe were detained in 2009 when they tried to reclaim their land.

Mo’men claimed that El-Zend hired armed bodyguards to protect the seized land, adding that the Awlad Ali tribe had owned these lands for thousands of years.

The Awlad Ali tribe is one of Egypt’s larger tribes. Its members live in the governorates of Alexandria and Matruh.