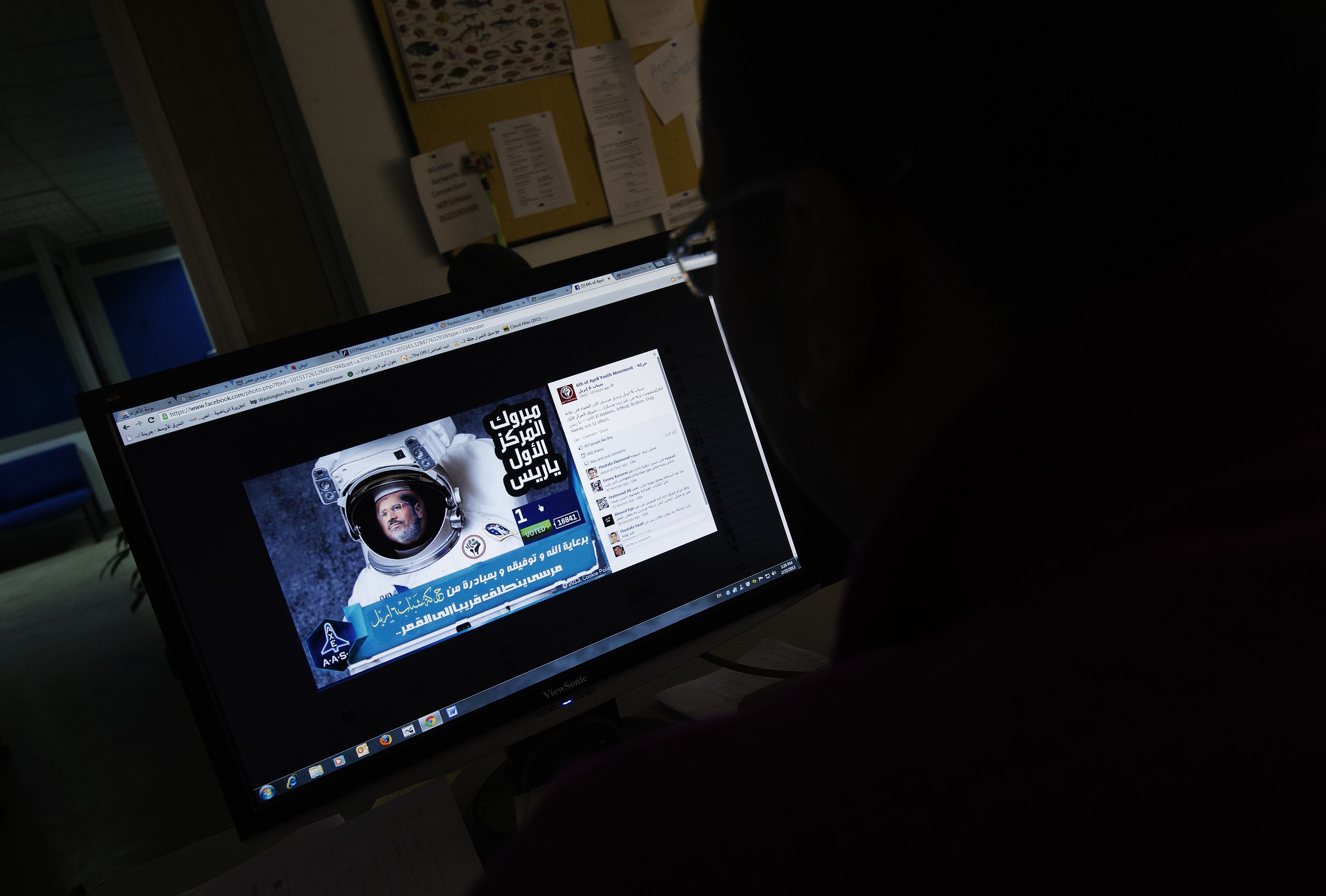 6 April Youth Movement created a new means of protesting against President Mohamed Morsi by signing him up for a chance to win a trip to space competition.

“For sure, no-one in the universe can put up with blatant lies, reneging on promises except for the brotherly people of the moon,” the group wrote on their Facebook page.

Members of 6 April put Morsi’s name in a contest by men’s deodorant brand Axe that promises to send 22 people to space on a private spaceship. Contestants sign up and try to collect the most votes.

“We thought we can take advantage of this widespread contest online to send a message,” said Khaled El-Masry, media director for 6 April (Ahmed Maher Front).

Interaction among online users to the group’s post led to Morsi having the first position across the Middle East with more than 21,000 votes. Users responded on Facebook and through Twitter hashtag “Send Morsi to Moon”, written in Arabic.

“Our new means of protest was featured all over international media, praising how we are able to deliver opposition in a simple way,” El Masry added.