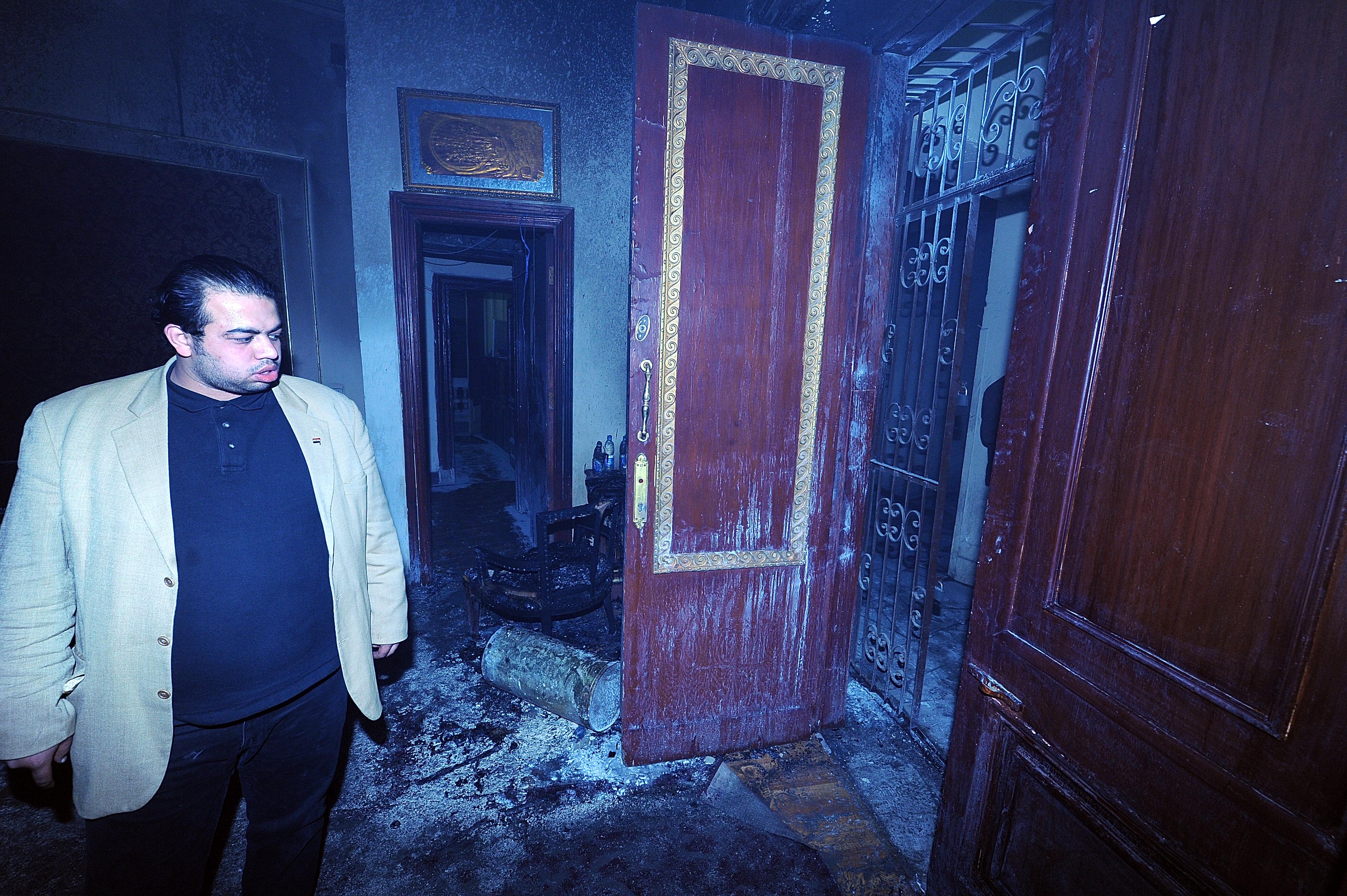 Unidentified armed men set fire to the headquarters of the

Ghad El-Thawra Party on Friday. The headquarters were located in Talaat Harb Square in Downtown Cairo.

Six masked men attacked the party headquarters and forced Sherik Mekawy and Essam Badawy, members of the party, into the office of Ayman Nour, the party’s head. According to Badawy, the attackers had knives and firearms, and they took documents and video tapes from Nour’s office, before starting a fire.

Badawy explained that after the attackers fled the scene, him and Mekawy were able to escape from the headquarters. Fire trucks were soon on the scene and succeeded in extinguishing the fire. However, the party’s conference hall and Nour’s office were destroyed in the blaze.

The conference is scheduled to last for three days, and seeks to develop the economic capabilities of Egypt as well as help overcome the current polarised political climate, reported the dean of commerce faculty at Ain Shams University.

Nour, the party head, could not be reached for comments about the incident, but state-owned Al-Ahram reported that he did not accuse any party or figure of being responsible for the incident.

The Muslim Brotherhood issued a statement on Saturday, condemning the attack on the party’s offices. The statement said the incident, in addition to a recent attack on Al-Wafd Party offices, are crimes that require legal punishment to protect the democratic future of Egypt, as well as public and private property.

The Building and Development Party issued a similar statement on Saturday, condemning the attack and describing the attackers as “anti-revolution thugs”, adding that those attackers are led by well-known figures trying to spread chaos.

Notably, the Ghad El-Thawra is the only liberal party attending the state-sponsored national dialogue sessions beside the other parties, predominantly Islamists.