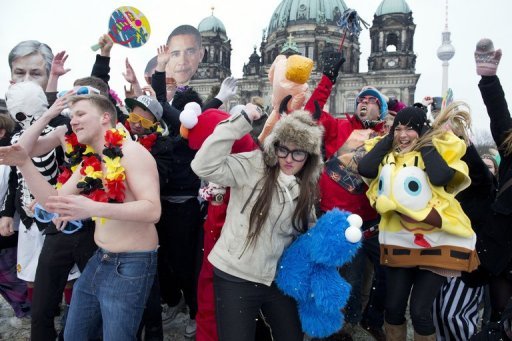 A group of activists has set up a Facebook event calling for a performance of the Harlem Shake in front of the Muslim Brotherhood headquarters in Moqattam next Thursday.

“The event is in front of the Muslim Brotherhood headquarters because we know their office is ruling the country”, Sayed added.

Organisers stated that any violence by protesters will be quashed, and perpetrators will be delivered to the police.

“It is not guaranteed to be peaceful. These matters always lead to violence which is unacceptable,” Ghozlan commented.

Four young men were arrested on Saturday in Cairo for dancing the Harlem Shake on the street in their underwear and were charged with public indecency.

The Harlem Shake dance originates from Harlem, New York. It became an online trend in February 2013 after a YouTube video of a group dancing the Shake went viral.