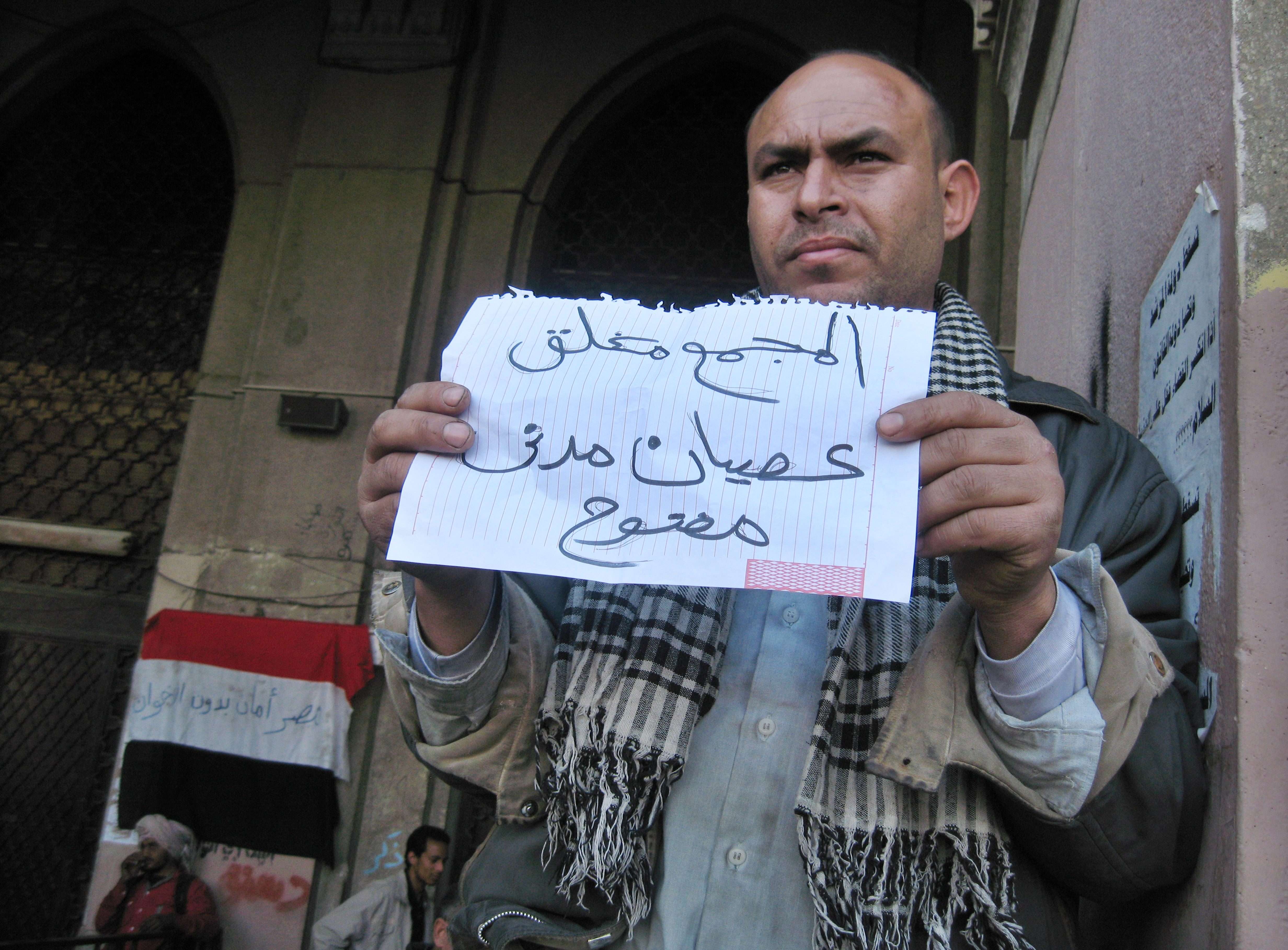 In Mansoura, Saeed Omar, a member of 6 April Youth Movement in Daqahleya said everything is proceeding as normal in the city except for in the vicinity of the governorate building. He said the building is surrounded by protesters, and that he had to travel on foot to get there as vehicles cannot reach the building.

He added that this comes after clashes between protesters and security forces on Saturday night which continued into the early hours of Sunday.

As part of the civil disobedience, the main gate of the vital Mogamma Tahrir administrative government building was closed off by protesters who did not allow people in, AFP reported. The protesters left a side door open for people to leave the building.

The civil disobedience entered its second week in Port Said and according to Ibrahim Al-Sayad, a member of the Free Egyptians Party based in the port city, it is gaining momentum. He said there was a large protest on Sunday morning and that many groups have shown solidarity with the civil disobedience.

Ultras Green Eagles (Al-Masry football club fans) announced on Sunday morning that workers in factories in the investment area have not gone to work in solidarity with the civil disobedience.

He said transportation and stores have not been disrupted but “educational institutions have all closed, except for the university”.

Al-Sayad said the demands in Port Said include that the government say that the people who lost their lives in the recent upheavals in Port Said are ‘martyrs’.

In Suez, the strike continues and Fathy Desouky, a member of the 6 April Youth Movement in Suez, said some factories are on strike and that protesters surrounded the governorate building on Sunday morning.

He added that many political groups are not responding to calls for people to join the civil disobedience. He added that the latest of these calls was on Saturday but many groups, including the 6 April Youth Movement, did not participate.

The military spokesperson announced on Saturday night that navigation in the Suez Canal from the Gulf of Suez to Port Said is flowing normally and that there are no disruptions. He praised the people of the cities of Port Said, Suez and Ismailia, commonly referred to as the canal cities, for not obstructing the canal.