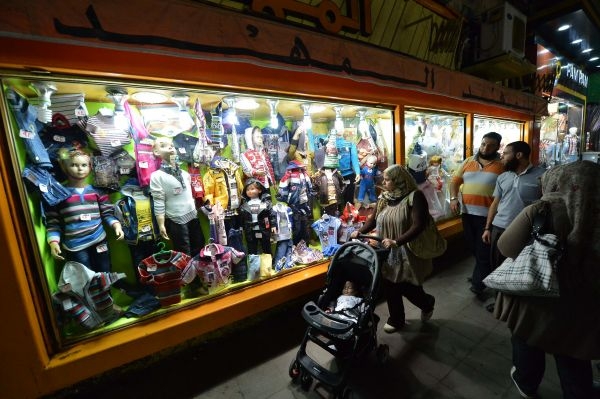 Despite the prevailing uncertainty regarding the economy, the general consumer confidence index and its sub-indices inched up during January, according to a report conducted by the Information and Decision Support Centre (IDSC).

The general index, which consolidates the three previous indicators, reached 87.4 points in January, up 4.9% from December, indicating public optimism in the economy.

The increase was due to the positive trend of two of the sub-indices: Confidence in economic policies, which increased by 19.3% from last month settling at 72.8 points; and expectation of improvement in quality of life, which rose by 4.9% to 142.2 points.

The household income level index dipped however in January by 11.3% to 46.9 points. The decline was attributed to the decrease in the percentage of those who said they could afford to buy durable goods; 18.9% compared to 20.1% in December.

The raise in confidence in economic policies reflected an increase in the percentage of respondents who felt that the economic situation this year was better than last year; from 8.5% in December to 11.4% last month.

The quality of life expectation index rose, keeping the highest score among the three sub-indices, revealing an increase in the percentage of those surveyed who expected the economic situation of the country to improve. In December 39.1% were optimistic, this rose to 42.7% in January.

The report showed that the middle age segment was the most optimistic. The ‘30-50’ age bracket reached 93.8 points in January with a 15% increase compared to last month, while the ‘18-30’ age brackets stood at 84.3 points. Optimism was at its lowest among the eldest, ‘50+’ age category, which stood at 81.5 points, down 4.5 from December.

The survey covered 1,000 men and women aged 18 years or older, each representing a household, through telephone interviews.

Scores were given on a range from 0 to 200. Above 100 indicated a positive evaluation of the queried subject, while scores below 100 showed a negative evaluation.