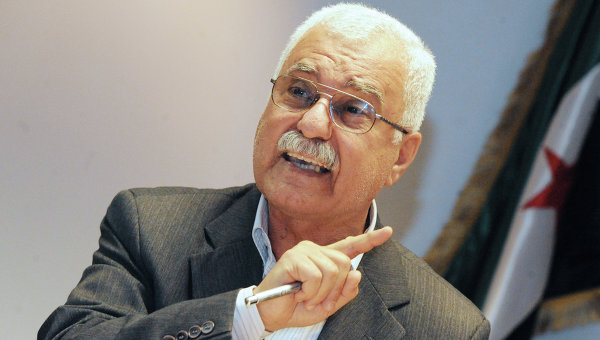 Syrian National Council chairman George Sabra met with the Arab League Secretary General Nabil El-Araby on Sunday to discuss the ongoing crisis in Syria. Sabra and his delegation told El-Araby that the Syrian National Coalition (SNC), the collective opposition of which the council is a part, would not be participating in the Friends of Syria meeting next month.

Sabra also said the SNC would not be accepting invitations to visit Russia and the United States “in protest against the international silence surrounding the suffering of unarmed civilians” as well as the indiscriminate bombing and use of Scud missiles on the city of Aleppo and other parts of the country.

Despite Sabra’s statement, the US did condemn the attack on Aleppo, saying it is “only the latest demonstration of the Syrian regime’s ruthlessness and its lack of compassion for the Syrian people it claims to represent”.

Victoria Nuland, a spokesperson for the US state department, added that the “Assad regime has no legitimacy and remains in power only through brute force”.

According to a statement released by the Arab League, both parties also discussed the framework of the peace initiative put forward by the SNC chairman, Moaz Al-Khatib. The initiative was accepted by the SNC in a meeting held on 15 February and calls for dialogue between the SNC and the Al-Assad regime. As a precondition, Al-Khatib said he will not sit down with Al-Assad or those nearest to him who have their hands “stained by blood”.

El-Araby said in the statement that the league strongly condemns the bombing of Aleppo as well as the bombings of 21 February. Such military actions, El-Araby added, constitute war crimes and should not be tolerated. He recommended the United Nations Security Council take a decisive stance to ensure “the immediate cessation of such criminal operations and to punish the perpetrators”.

Emergency relief to Aleppo to mitigate the results of the most recent violence was also on the agenda. The Secretary General appealed to the UN to intensify their efforts and coordinate cooperation with civil society organisations.

El-Araby also stressed the need to continue working towards a transitional government to lead Syria when the time comes in order to halt bloodshed and keep the country from descending into further chaos.

Last Saturday, the SNC announced it would attempt to form a government which will rule over the “liberated” areas of the country.

The SNC delegation said in the meeting it was concerned with the increased Iranian interference in Syria, adding that the Lebanese Hezbollah faction control a number of villages in Homs and across the Lebanese-Syrian border.