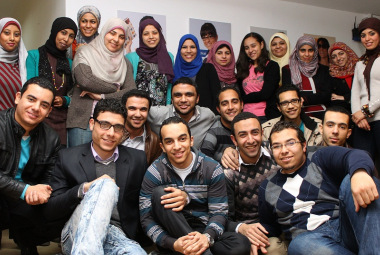 Souq.com, the largest internet-based marketing platform in the Arab world, working in conjunction with the Education for Egyptian Employment foundation, has announced plans to establish the country’s first training academy for youth working in internet-based commerce.

Shahinaz Ahmed, Executive President of Education for Egyptian Employment, announced that his organisation and Souq.com had recently run a special training program for 120 students on internet-based commerce. A number of these students, he said, have now been hired by Souq.com.

Electronic commerce is one of the largest contributors to economic development in Egypt, particularly in terms of job creation and growth. The sector has seen high growth rates as larger numbers of consumers begin to rely on internet-based commerce and trade.

This has been partly driven by soaring numbers of internet users since the 25 January revolution. Statistics show that nearly 31m Egyptians, or 27% of the country, are currently online. A number of retail companies have ranked Egypt 12th in the world in terms of best places to invest in internet based commerce.

Amr Sududi, General Director for Souq.com in Egypt, said that he considered improving social and economic development in the sector to be one of the company’s duties. “We do not only view our social and economic commitments as an attempt to lend a helping hand to the nation’s youth, but rather as part of our business strategy that looks to encourage and improve development efforts throughout the country,” he said.

Education for Egyptian Employment, a branch of the Education for World Employment foundation, states that its primary goal is to prepare and train disadvantaged youth and provide companies with high-quality human capital.

Graduates of the joint program will be trained by experts from both organisations in advanced skills qualifying them to work in internet-based commerce, print, television and social media, content and information management, product distribution, shipment and delivery.

Those interested in learning more about the program can do so by going to: http://www.efeegypt.org/.

Souq.com bet heavy and continue to expand e-commerce in Egypt