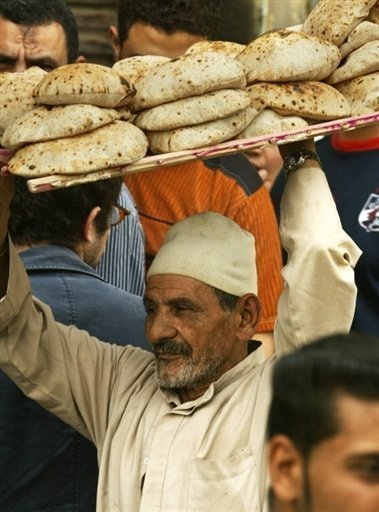 The Egypt Federation of Chambers of Commerce (FCC) announced it will currently “boycott” the Minister of Supply and Domestic Trade due to Minister of Supply Bassem Ouda’s recent statements regarding the ministry’s decision to legally punish bakeries who go on protest or carry out acts of civil disobedience.

Ouda had warned owners of bakeries on Saturday not to go on strike to protest against the new bread system. He promised to apply Law No. 95 from 1945 to punish those who decided to go on the civil disobedience.

The Bakeries Owners’ Division at the FCC had warned that it will protest against the ministry of supply ignoring their demands to supply them with the difference in new diesel prices, and paying due incentives.

“Instead of imposing a new system which achieves forced labour, the ministry should seek ways to handle bakeries’ problems by talking with those concerned, paying back their incentives which they haven’t received since 2009, and pumping extra funds into bakeries to help with the diesel price increases,” Said El-Wakeil.

Meanwhile, deputy head of the FCC Atteya Hamad told Daily News Egypt that “everything regarding joining  the civil disobedience will be more clear after ending the chambers’ meetings this Thursday”.

“We want our incentives which we haven’t received since 2009,” he continued. “And we want the new bread system to be amended by the ministry.”

“I’m support the bakers because they will face difficulties over the new diesel prices,” Said Magdy oulba economy expert. “This is not their responsibility; they should receive more funds for the increase of diesel prices.”

He added that the country currently won’t be able to cope with the halting of bread production and bakeries strikes, and that “I think this is just a way to impose pressure on the minister, and no more.”

The government is struggling with traders at the same time when bread in Egypt is facing many obstacles, with wheat prices increasing by around 22.1% compared to the same period last year.

Furthermore, people in Egypt are still struggling with long bread queues in various regions across the nation, with no supervision on bakeries resulting in wheat still being smuggled to the black market.

As in Assiut the prosecution has filed around 324 violations for bread production. While in Gharbeya investigations found that 4,800 bread loaves were smuggled to the black market, according to the Egyptian press.