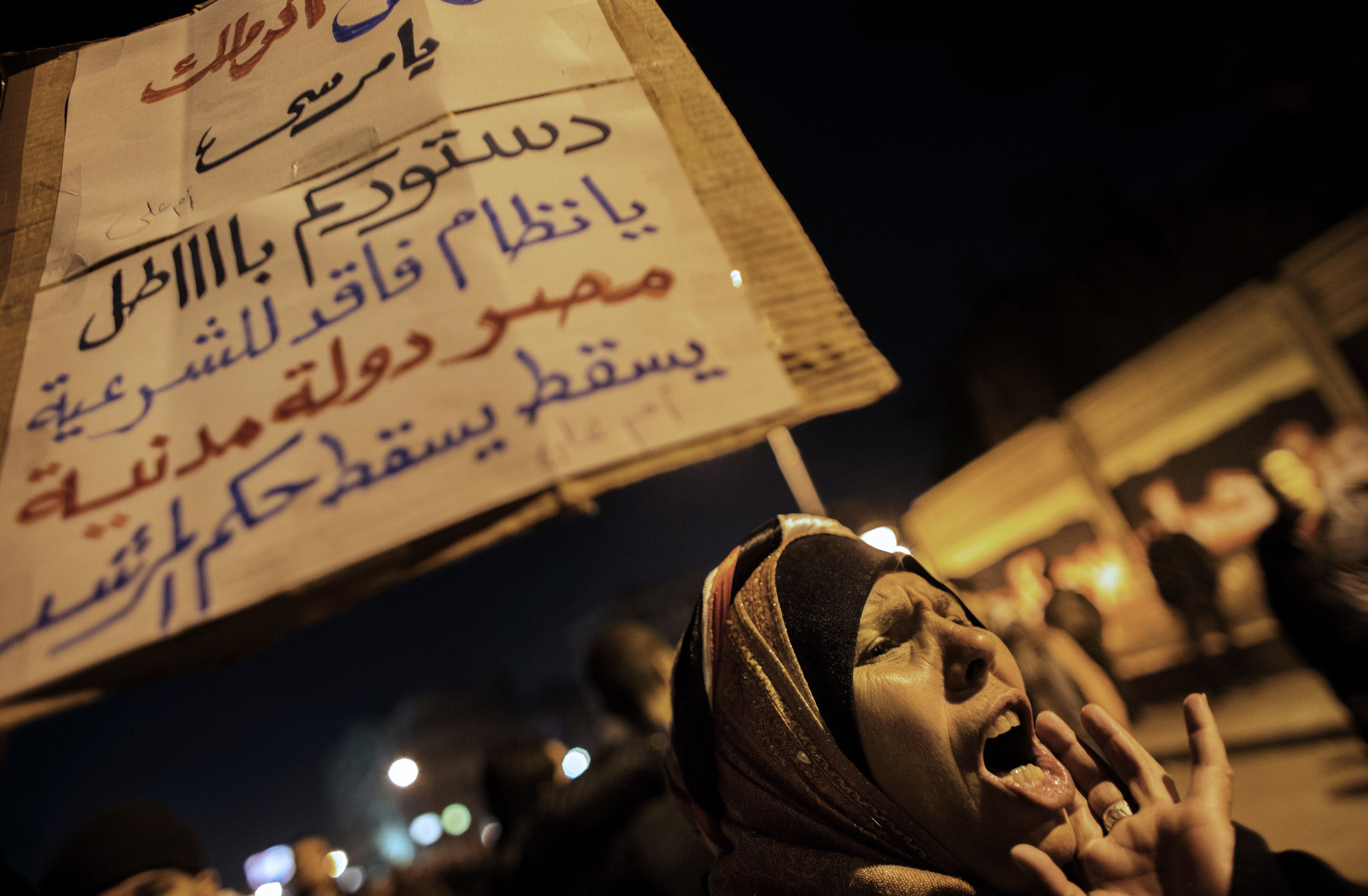 Human Rights Watch (HRW) sent a letter to the minister of justice expressing concerns about the draft protest law and the Egyptian Organization for Human Rights (EOHR) expressed several reservations about the elections law.

The draft protest law was approved by the cabinet earlier in February and handed to the Shura Council a few days later. Five days ago, the council decided to postpone discussing the law because most legislative members did not feel it was the right time to pass the law, state-owned news agency MENA reported.

The director of the Middle East and North Africa division for HRW address a letter to Minister of Justice Ahmed Mekki, criticising nearly a dozen articles in the draft law as well as offering suggestions to improve them.

Article 4 of the draft protest law, for example, states that “the right to protest can be carried out in a way that does not disrupt security and public order or impede with the interests of citizens”.

“The reference to ‘the interests of citizens’ is conspicuously overly broad….It could be used by a future government to restrict arbitrarily the right to peaceful assembly on pain of criminal prosecution.” HRW suggested striking the phrase.

“That restriction would place demonstrators out of sound and sight of virtually every official in the country,” the HRW letter read, describing the requirement as excessive and also suggesting deleting the article.

Article 2 of the draft protest law gives the right of peaceful assembly to citizens, but excludes this right from foreigners. According to HRW, this article is not compliant with international law.

The United Nations High Commissioner for Human Rights had also called for reconsidering the draft law about a week ago.

Meanwhile, the EOHR expressed several concerns over the legislative process to which the election law has was subjected by the Shura Council. The law was passed by the council and then sent to the Supreme Constitutional Court which made several observations and recommendations before returning the draft to the council.

The EOHR also criticised President Mohamed Morsi’s decision to announce the upcoming elections before the amended law was passed. The rights group added that the amended law should be sent back to the court after the amendments are made by the Shura Council.

The group described the Shura Council’s legal procedures regarding the law as “unconstitutional”.

The House of Representatives elections are scheduled in April and will take place over four phases, the last being in June. Morsi scheduled the lower house of parliament’s first session to convene on 2 July.