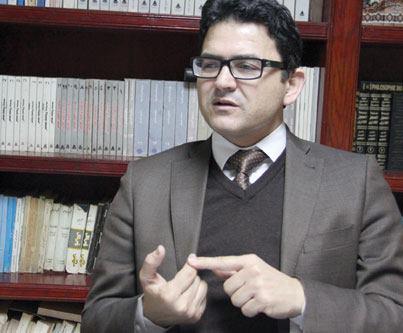 The legislative and constitutional committee of the Shura Council will to discuss the draft law prepared by the government that established a committee to restore the money smuggled by figures of the former regime. The draft includes amendments to the current law.

Members of the legislative and constitutional committee of the Shura Council criticised the inactiveness of the committee delegated to pursue and recover smuggled assets.

The government proposed amendments to facilitate and activate the role of the committee. Former Minister of Parliamentary and Legal Affairs Mohamed Mahsoob offered suggestions to further the work of the committee.

He suggested adding an article defining assets and reflecting the United Nations agreement for asset recovery.

Mahsoob thought the committee should be independent of the government, its head should be appointed by the president and it should include at least three public figures, reported state-run news agency MENA.

However, Al-Sherif said that adding public figures to the committee could be discussed.

He stated that the major problem the committee faced was a lack of coordination; as various oversight bodies repeatedly contacted foreign countries to restore the money.

The new draft forces coordination between bodies to recover assets.

The committee was first established under the rule of the Supreme Council of the Armed Forces to recover assets that were smuggled abroad by figures of the former regime, including ousted president Hosni Mubarak and his family.

The representative of the Illicit Gains Authority denied accusations of inactiveness of the committee; he stated that the natures of its work require secrecy and that the committee was able to track EGP 1bn in different countries, according to state-owned Al-Ahram.

Former Minister of Parliamentary and Legislative Affairs Mohamed Mahsoob could not be reached for comment.