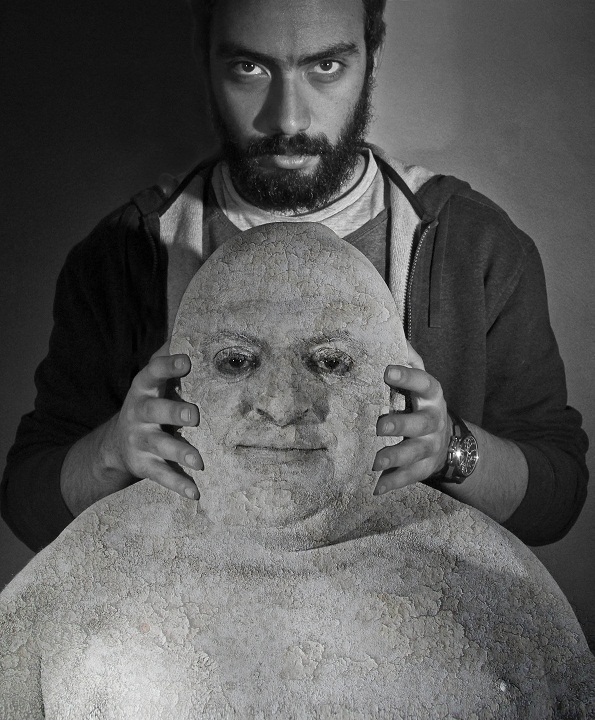 Before the television, cinema and even the radio, people had to dress up and leave their homes to enjoy a performance. Nowadays, theatre has not fallen from grace, but it has been overshadowed.

An actor is still viewed as tremendous if he is successful in the theatre. After all, theatre is the most minimalistic form of acting because all that is needed is a set and lines. The rest is up to the actor. If an actor cannot engage the audience, the performance fails.

It depends purely on establishing a connection between the audience and the actors. This is particularly true of one-actor plays which place tremendous pressure on the actor to carry his/her message to the waiting audience.

In Egypt, one independent theatre is trying to keep this art alive. Teatro Independent Theatre was founded by Omar El-Moutaz. “It was in 2003, the end of my graduation year at the Faculty of Fine Arts, when an idea about sanity, religion and law haunted me; not only by day but also in the form of nightmares. This ended up inspiring me.

Those nightmares kept waking me up to draw scenes, characters and unconnected sentences for weeks. When these nightmares stopped, I started connecting those sketches and writings in a coherent flow that made sense to no one but me.

Then, I started selecting some of my close colleagues from the faculty’s theatre team which I led at that time, and I asked them to join me in bringing these sketches to life on stage,” he explained.

After El-Moutaz gathered the group of actors, they went on to work on their performance. “After long readings, research, workshops and rehearsals, we were ready to share it with audience. I went to fill a performance application but I found that I had to write a name for us as a group of performers to be recognised. So, I chose ‘Teatro,’ meaning mother of all arts. That was my first “independent” theatrical attraction: “Being Adam” with the tag line of ‘A short meeting on the other side of silence’,” El-Moutaz says.

El-Moutaz is very proud of his work and passionate about what he does. When asked about Teatro’s goals, he responded: “Enlightenment. Theatre is the lens through which we can view and perceive the world, and understand ourselves. It is perhaps one of the most profound ways of knowing.

I created Teatro hoping to establish a conversional anecdote targeting the cultural and intellectual ascent in the aspects of philosophy, art and literature. That is what I’ve been doing in the last ten years, or so I’d like to believe: a constant and ambitious pursuit of creating prestigious forms of performances. And now, looking back over the years, I feel both proud and thrilled by what I regard as Teatro’s respectable and reputable achievements.”

Teatro’s work has received a lot of attention, and they managed to attract more people to their plays: “In the course of ten years, since I established Teatro, we won both local and international recognition, which increased our credibility and our audience. At our first play, in 2003, we had an audience of 120 people. However, in February 2013, we had an audience of 1000 people,” says El-Moutaz.

El-Moutaz likes to think that he creates experiences for his audience, rather than just “performances” which they watch and soon forget. His main goal is to inspire his audience and leave them pondering the deeper issues of life.

El-Moutaz has specific plans for the future to extend the reach of his theatre group: “I intend to extend Teatro’s activities by giving specialised workshops in theatre with the purpose of educating both the makers and the audience, as I believe in the beneficial relationship between both.”

El-Moutaz sees one fictional character as a symbol of persistence, and he likes to think this has helped him to be strong. “Don Quixote de La Mancha; he is the only who never left the people who were behind my project; everyone else got swamped in the void of life, but not him.

For centuries he provoked so many different opinions; many saw him as a mad old man, some called him the perfect dreamer, and others considered him to be a messenger of political ideology; but no one could ever deny that he is the greatest symbol of courage and true persistence,” he explains.

Most recently, the theatre group performed Sartre’s No Exit at the Jeunes Créateurs Festival. The play was well-received and awarded the Best Scenography award. “I was first introduced to this masterpiece by my beloved wife. One day in 2008, she told that there is a play that I should have written.

After reading it for the first time, I couldn’t leave it; I kept on reading it over and over again. Yet, my visions and interpretations for the script weren’t fulfilling enough for me to share with people yet. There was something missing; that factor of the honest pain of experience which has always been there to motivate me.”

The play’s most famous line is perhaps “hell is other people,” and the play expounds on this theme of suffering, which El-Moutaz was trying to find. “After years of drastic changes taking place around me and inside my head, it happened. These changes gave me a clearer vision to intrude on the afterlife to bring to life a story of three damned souls who enter hell, all expecting to find the wrath of Satan and his minions.

Instead, they are politely shepherded into a single room together, one by one, after which the door is locked behind them. Quickly, they realise the hideous truth of their collective situation when the barriers crumble, the denials fade, and all attempts to self-justify are shot down, and the ugly truth of each sinner is revealed.”

Teatro’s plays depend on volunteers; however El-Moutaz believes that “all people are professional actors by nature.” For 2013, he plans on performing No Exit at more venues.